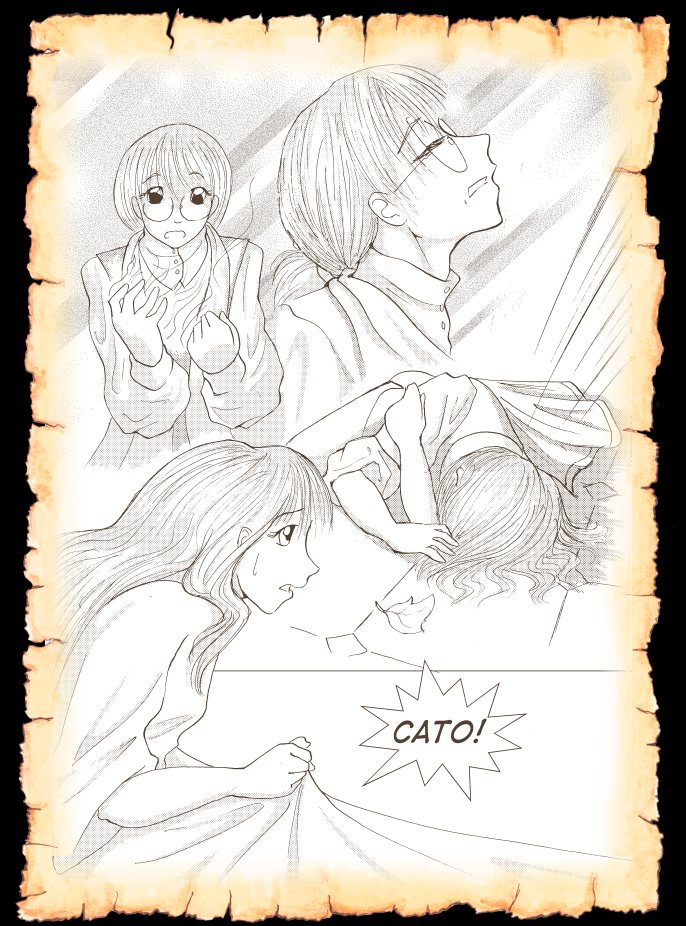 
Nattherat gave me more Looking for the Sun fanart - one scary-looking Vorannen, and a page of coloured sketches :)

Last week, I put All That Matters up on the Tokyopop site, and I've had some lovely comments about it, which is really cool. But one person actually featured it in the Tokyopop 'Popcast' released on 19th March, which was a really nice surprise. It's a short video where she promotes various Tokyopop-related things that are happening in America, including Sakuracon, and a J-rock band tour. She commented on All That Matters right at the end, in the 'fan spotlight' bit, which is very cool *^^*

Tokyopop have a system where you can 'pop' user-submitted art and comics etc, which act as a vote, effectively. The more popular your work - the more pops it has - the more people are likely to see it. On the whole, though, I think I'd really rather have the comments. They mean a lot more (not that I object to pops, of course ;) ).