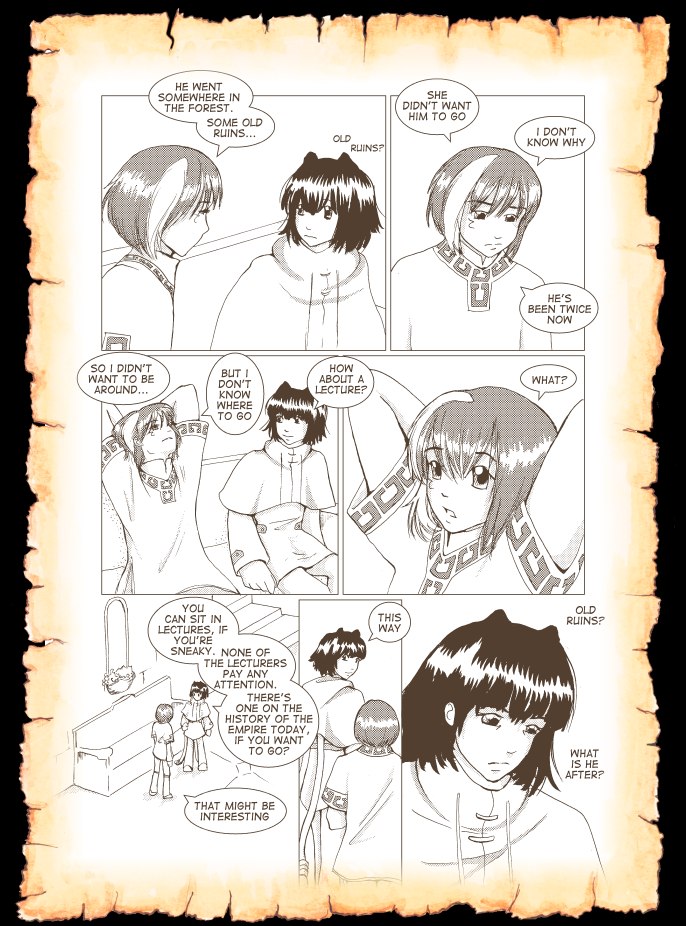 
It's 20 past midnight on Tuesday 11th, and I've just realised the day. As usual, I'm totally unprepared - I never manage an April Fool's day comic, or one for Valentine's day (I did once with Phoenix Feathers, but that was all), or Easter. Today is Remembrance Day, and I don't even have a poppy, of whatever colour.

I'm not sure what to think about the poppy colour thing. Apparently the white poppy - which I've never seen - is worn by those who want to remember the dead without glorifying war or being associated with the military, but I never thought the red poppy glorified war, frankly. I'm told (by wikipedia) that the white poppy was introduced by the Women's Cooperative Guild and intended to remember the dead of all wars, because they thought the red poppy was only for remembering the British dead, but again, that's not what I understood about the red poppy. Some in turn argue that the white poppy undermines the message of remembrance, and of course, money raised from selling the white poppy does not go towards supporting the Royal British Legion.

I think ultimately, what matters is what you do and how your attitude is formed, not which poppy you wear. Because surely, whether one wears red, white, both or none, the most important thing is the desire for no more war. Peace is an active process, and it requires hard work, it's not something that comes of sitting back, even if one is wearing a poppy.

Make me a channel of your peace.
Where there is hatred let me bring your love;
Where there is injury your pardon, Lord;
And where there's doubt true faith in you.

Oh, Master grant that I may never seek
So much to be consoled as to console;
To be understood as to understand;
To be loved as to love with all my soul.

Make me a channel of your peace.
It is in pardoning that we are pardoned;
In giving to all men that we receive;
And in dying that we're born to eternal life.
- Sebastian Temple