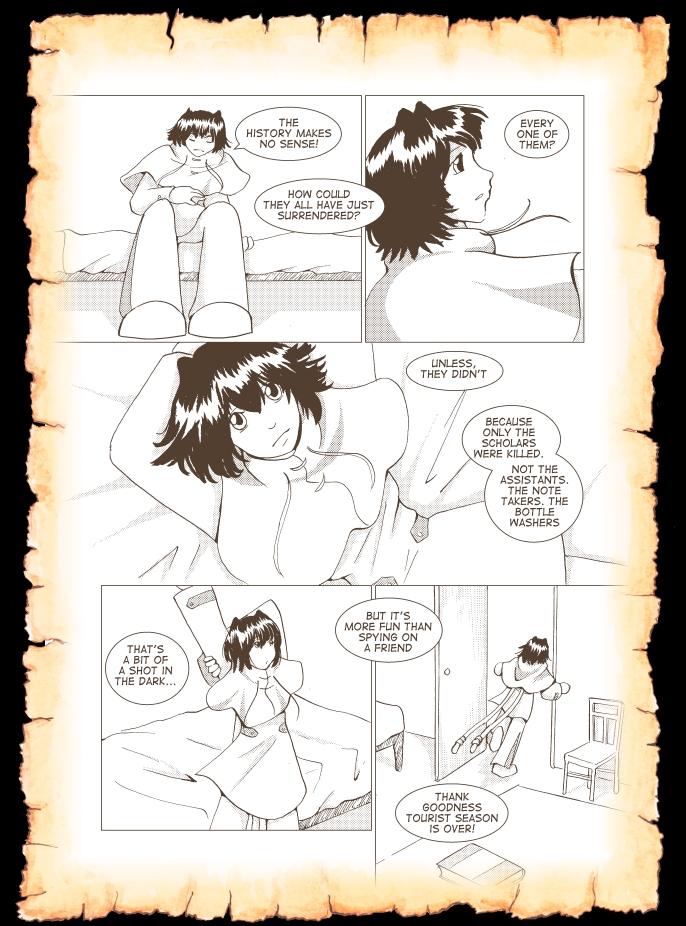 
I've been reading the Godspeaker trilogy, by Karen Miller (bizarrely, I had a friend at school named Karen Miller. It's not the same person, though; my Karen has married and changed her name). Anyway, they're a good read and I'm very much enjoying Hammer of God, the third in the trilogy. One of the things I've noticed while reading is the consistently different but not forced tone one culture has compared to the other. One of the cultures is really quite standard fantasy fare; kings (well, a queen) and an island kingdom and so on. It's well-written and the characters are good, and it feels comfortably familiar. The other, the empire of Mijak, is very different, and there's a distinct change in the writing too. The people there speak differently. They say such things as 'Do I care what you know? I think I do not'. The structure of a rhetorical question and its answer with 'I think' prefacing it is quite distinctive. The thoughts of the people in that empire run on, they are separated by commas, they are not quite like normal sentences (much like this one, in fact, deliberately). And even when they are not the direct thoughts of the character in the current focus, the descriptions remain similar; the sentence structure retains that distinctiveness. I really like the effect, but I bet if I tried it, I'd forget. Either that, or it would be too forced. I think the distinctiveness adds a lot to the story and serves to separate Mijak from the other nations very well. I'd like to be able to do that.