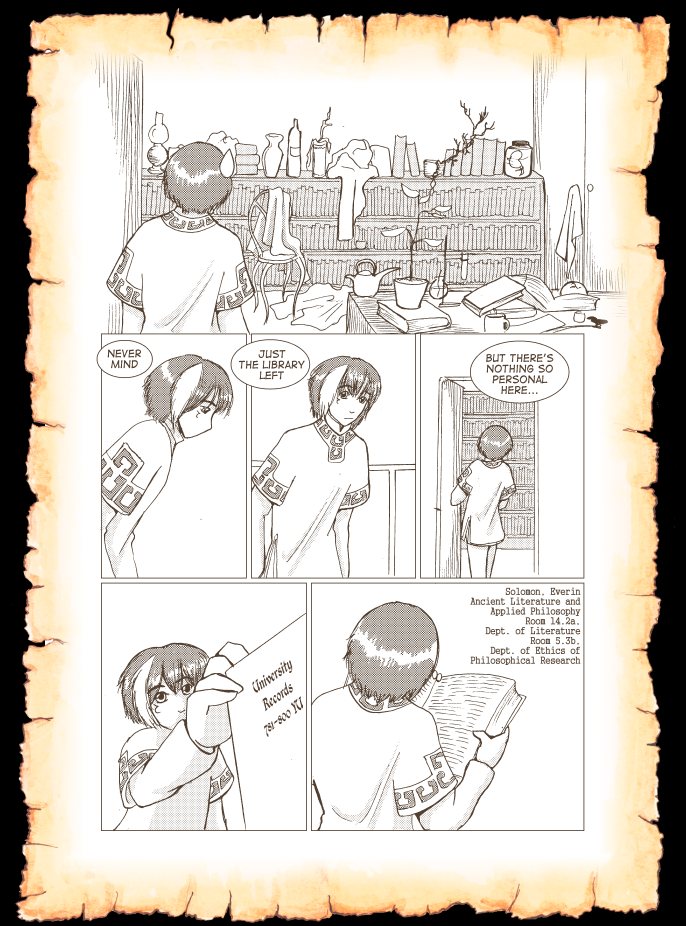 
I don't know if I mentioned the DFC before, but in case I didn't, it was a comic aimed at children of about 8-12 years old, which featured both serialised stories and one-off strips. I had a subscription for quite a while, and there were some fantastic comics in there. It folded a few months ago, which was very sad, and I'd more or less resigned myself to not finding out what was going to happen in the ongoing stories.

One of the best stories was The Spider Moon, written and drawn by Kate Brown. It's a story about the end of the world; the stars are falling, as predicted by ancient cave murals. The main character, Bekka, is one of a race of people living by the sea. They dive in search of spinefish which are shipped away to be made into oil for fuel for the skyship, which, when finished, will carry everyone to safety. It all goes wrong when the Bird People arrest the leaders of her village and accuse them of not doing their job. Bekka follows, meets the Prince of the Bird People and manages to get kidnapped (along with the prince). Much more is going on under the surface, and things were just getting interesting when the story had to stop.

I found out yesterday that it's going to be a play! The Spider Moon is being put on by the Playbox Theatre, this September and October, and it will be the whole story. I can't imagine how excited Kate must be; I can't wait to see it XD