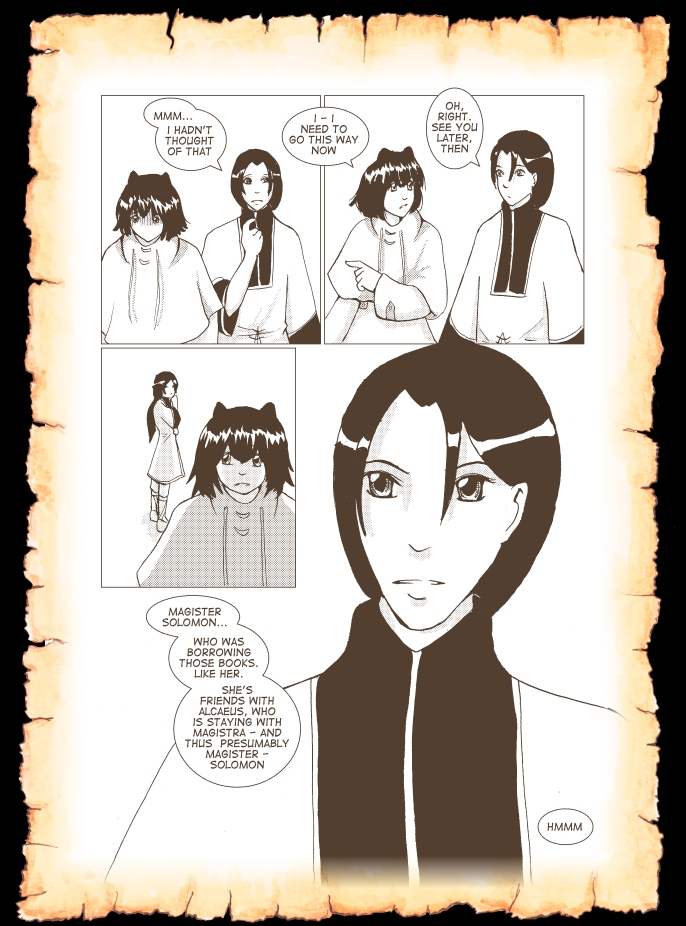 
I've been thinking about the successor to Ambient Rhythm. The comic's not due to finish for about another year, but I recently finished page 50 of volume 2, which means I'm roughly 2/3 of the way through. In about a year from now, Ambient Rhythm will finish (I hope!), making a three year run and two volumes, which is perfectly respectable. It's actually quite planned out, which is a new thing for me ;)

But it does make me wonder, what's to come next? I'd actually quite like something a bit more low maintenance (that basically means fewer panels per update). Ambient Rhythm isn't really a good story style for a webcomic; it's slow, and not every page has an immediately obvious point. I suppose the best regular webcomic I've had so far is Phoenix Feathers, which was written more or less strip by strip, but some of those strips could go on for ever! I want something a bit more like Ozy and Millie - where you can have standalone strips or story arcs, where each strip is just a few panels but they work all together (there are loads more webcomics out there like that). I don't know if I can resist the temptation to an overarching plot, but it'd be good to try :)

Thinking about the sort of story I need, then, I think it would be a set situation, one that's potentially familiar to readers (although there's nothing wrong with making it a little different - adding magic, for example). There should be a reasonably sized group of characters to play with (Phoenix Feathers had both, as well as an overall plot which annoyingly had an end). Bouncing characters off each other works well for both humour and character development, and is fun. But what sort of situation? It doesn't have to be a static one; a long journey would do. It should ideally be something I'm familiar with, but to be honest, that's mainly university and research, and there are already way too many webcomics about academia. Taking the mickey out of standard fantasy tropes and RPGs has been done to death. What else is there?

I'm a bit stuck. I've got a year, but it might take that long to think of something o.O;; Maybe I should redraw Phoenix Feathers. It'd be good to update it, if nothing else...