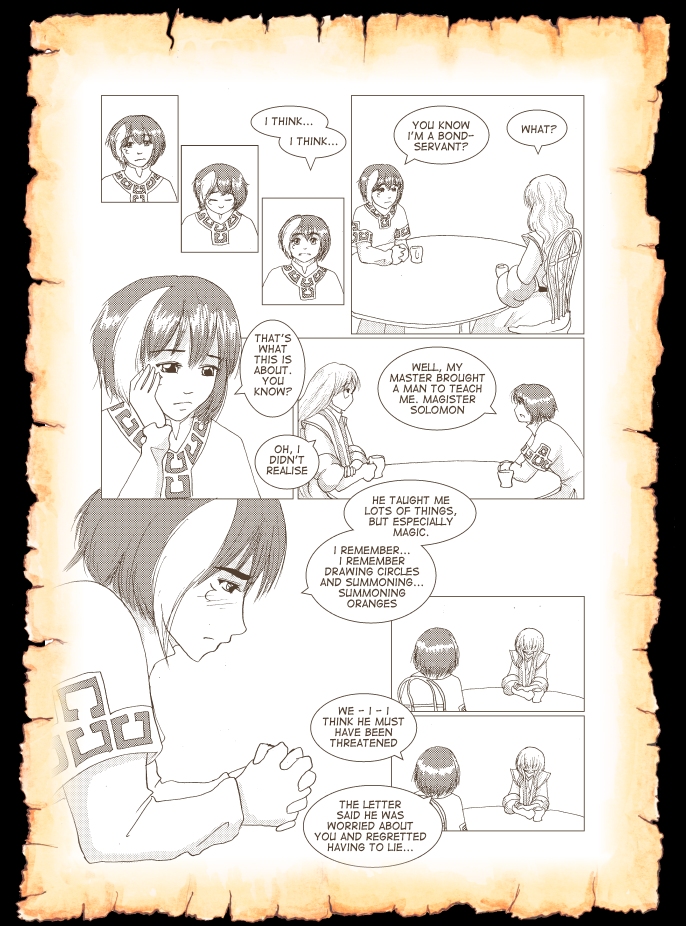 
I think I probably mentioned wandering around Anglesey last year and looking at ancient prehistoric sites - I didn't talk about the ones we found in Scotland (mainly Skye) just a couple of weeks ago, which were fantastic. I love looking at ancient things; enduring, enigmatic records of how people lived their lives two, three, four thousand years ago. Shadows of a history all but lost beyond record, glimpses of a mythology that may even have survived in some form to this day, but mutated beyond what its original adherents would recognise. I really like thinking about origins, about the start of things - that's why I like Sutton Hoo, the place of the ship burials before the unification of England back around 600AD, and why I like studying evolution. And why I like Juliet Marillier's books ;)

I think my favourite site has to remain the one we found on Anglesey in the middle of a field. It was marked on our map, but they don't seem to believe in signs round there, and we struggled up tiny farm tracks, guessing which little white road corresponded to which single lane mud track, always worried we were actually trespassing. There was nothing special about the field when we arrived; there was a little parking spot and a plaque on a pole about the monument, although it didn't say much. The farmer had been paid to allow access across his field to the site, so there was a little path leading to it, sitting amidst the green with a little iron fence around it. There were just three stones, one placed across the other two, and they had been standing like that for four thousand years. I find that so amazing.

The reason I'm going on about that is that I had a bit of a revelation today. You know how sometimes you look at something that's very familiar to you and see it in a whole new light? Yesterday evening, in my little church group, I had cause to look up the date Genesis was written. It was written, scholars think, sometime around 1400BC. 1400BC! Three and a half thousand years old! That's older than some of the stones we were admiring on Skye. The Bible isn't the oldest text to be preserved either, although a quick google didn't give me a definitive answer; I believe there are ancient Egyptian texts dating back to maybe 2400BC, for example. But it's the shock of finding such a familiar thing to be so... so like those simple stone monuments; a testament to an ancient life, a witness to so long ago, an echo of a much younger world.