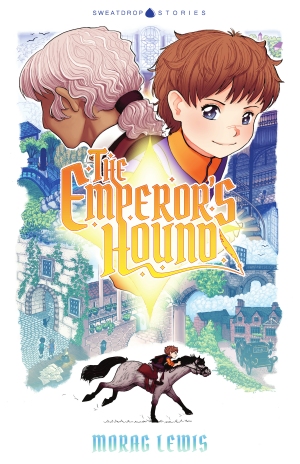 Alyn is a page serving in Fourth Star Court, going to lessons with the others in her year and learning what is required of a noble in the Nine Star Courts. One day, to her surprise, she is summoned to attend her assigned patron, Lord Miervaldis, on a mission from the Sun Emperor himself; to investigate a murder in Fifth Star Court. A scribe has been killed, and the only suspect is the lord he served, one Lord Cassian.

Upon arrival at Fifth Star Court, Miervaldis commences his investigations and Alyn works hard in following up the leads available; the bullying Lord Cassian himself, his disgruntled heir, and the son of the man Cassian killed in a duel, among others. In the midst of the tangle of suspects and their motives, it becomes apparent to Alyn that there is far more going on behind the scenes. Lord Miervaldis has secrets of his own; he may not be the harmless eccentric she thought at first. Where should her loyalties lie? How exactly is the Sun Emperor involved? What is really going on?

Alyn will find her loyalty tested to the limit as Miervaldis' investigation turns up more trouble than he bargained for.