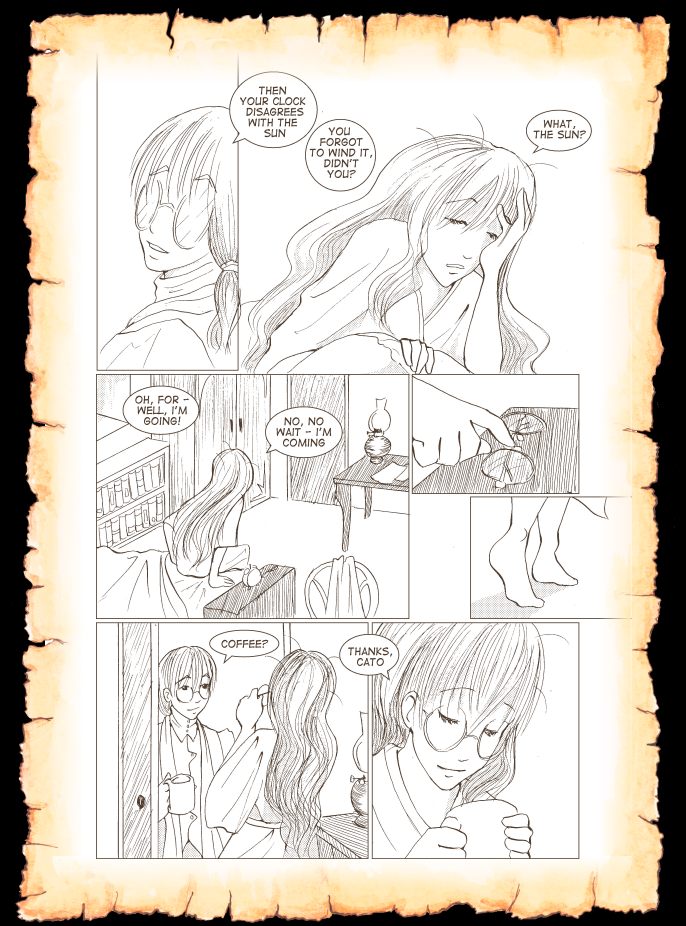 
How many stories do you tell about yourself?

I was thinking about this the other day. I used to do a fairly long paper round every morning, and I'd spend the time thinking of stories - they always starred me, of course, usually in a much more interesting form (think wings, for example), and they quite often centred around a nice cosy little life - very scheduled, very settled, and probably quite dull. I just enjoyed thinking up the scenarios, I never did anything with them. The characters in current stories aren't me (not even Megaera), which may be why I'm happy to put them through nasty situations ;)

I don't think, however, that my telling stories about myself stopped when I quit the paper round. I think I've been telling stories like that long before and ever since then, in fact. Stories where I'm the reasonable person, the - well, not the hero (that would be, you know, egotistic ;), but the protagonist - the one around whom everything revolves, even though the reader - who is also me - knows that that's not really the case in Real Life. But this isn't Real Life, it's the little scenario my head inhabits, which is quite happy to pretend it knows that I'm not the centre of the universe (when really, of course, I am). In these scenarios, these stories, I'm not always in the right, but when I'm not, I realise it and so it's OK. So I'm an OK person, as long as I stay in the scenario.

The real world is horribly complex, with other people who have their own motivations and their own desires and agendas, so my brain has to make an approximation to understand it. These scenarios are, I think, a model for the real world. They're probably not the only model my brain uses, but I am aware of them. I don't think they would be easy to lay aside.

For some time now, I've been trying to see an argument from the other person's point of view. If, for example, I get annoyed because someone pushed in in a queue, I try to think, well, perhaps they're in a hurry because they're late home and it's an important occasion, or something. If nothing else, it makes me feel better and - in my never-ending story - it makes me a nice person ;) I have a feeling it irritates other people when I don't always sympathise immediately when they're pouring out a grievance, or when I take the opposite side in a debate just because I can. I don't think doing so stops the story-telling, but it might help me remember that that's what I'm doing. And every now and then, I do find myself looking from a different point of view, and I realise I've been telling myself a story, and I see, suddenly, the world as perhaps someone else might see it. I see me as I suspect someone else might see me.

It's not really very comfortable, but I don't think it's a bad thing ^^