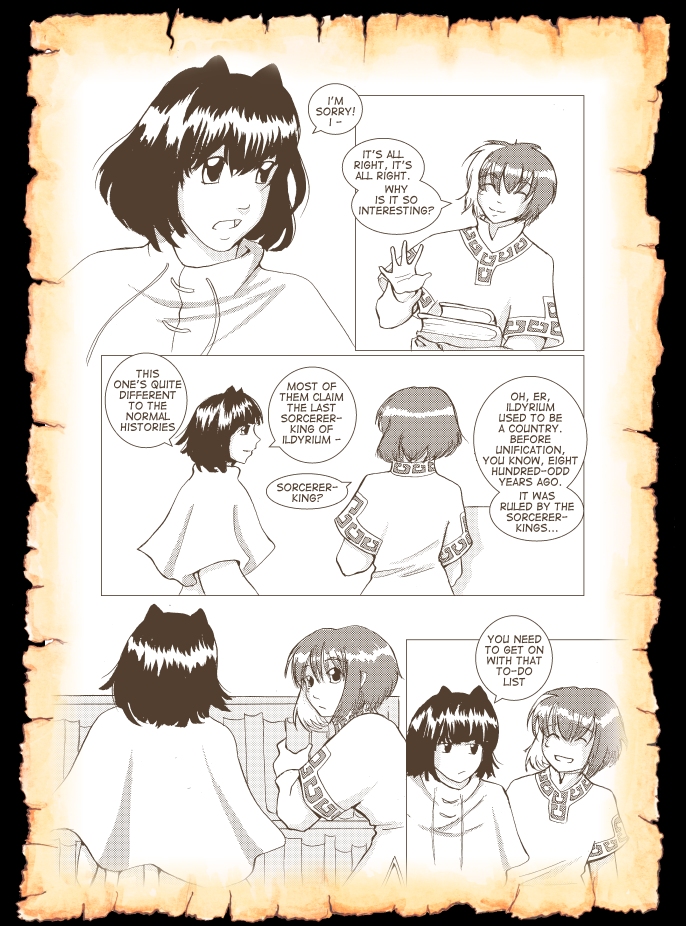 
It's funny, I was never into history at school. But I actually find it fascinating - really early history, like that of Sutton Hoo, rather than more recent things. I like archaeology too, although I suspect I would prefer to read about it than do it. It sounds like a lot of work ;) I've been re-reading some of my favourite books recently, a trilogy by Barbara Hambly called the Darwath Trilogy. Like many of her stories, it's set in a fantasy world but features two people from this world who end up in it through the interventions of a wizard. In Darwath, the people are being set on by creatures called the Dark, which have risen again from their nests below ground much like they did about three and a half thousand years before. Unusually, although there is plenty of sorcery and swordplay, character development and plot twists, the answer to the rising of the Dark is found not by magic or might but by the girl from Earth, Gil, who is an historian. She digs through the old records and works out what happened and why. Re-reading them, I was struck by how often the answer is actually hinted at or almost said, through the observations of the characters or the early records Gil reads, and her reconstruction of what happened is very plausibly explained - both what actually happened and how she worked it out. I do recommend them, they are very good books. It's odd that Hambly's books tend not to be so common in Britain. Most of mine came from the US or from secondhand bookshops here, and I can't remember seeing any on bookshelves in Borders or Waterstones.

Looking for the Sun has no important history-based revelations in it. I think it's the only one of my long stories that doesn't - Artifaxis and Phoenix Feathers both rely on situations set up in the past, which come to light (more or less successfully) over the story. The same is true of Ambient Rhythm, although I suspect it is more reliant on the history than the other two. It's weird how I've only just noticed and thought about that ^^;;