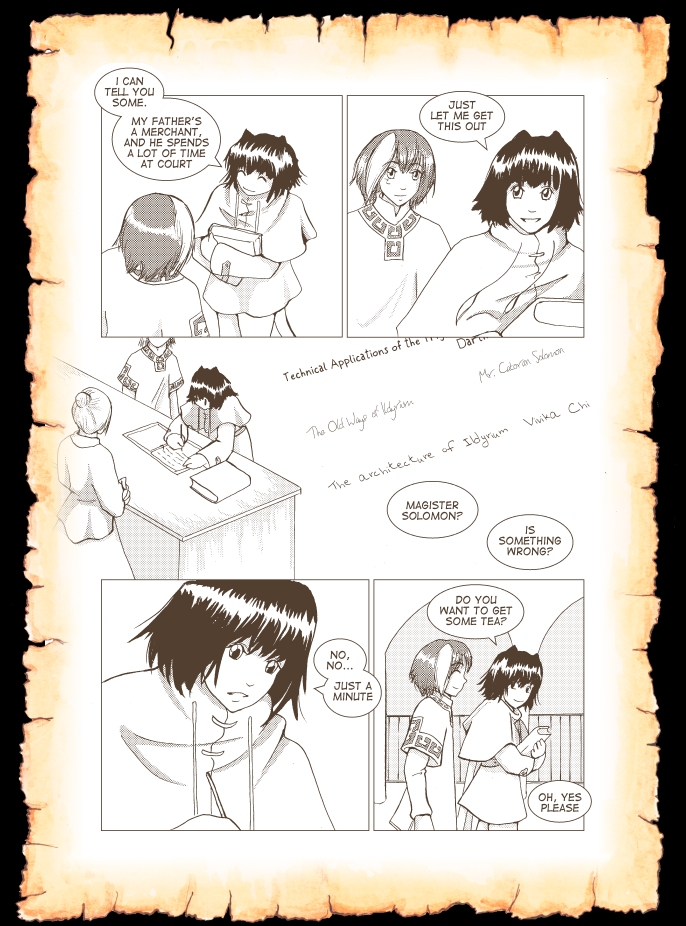 
I can't find the entry now, but some time ago I wurbled a bit about CS Lewis and linked enthusiastically to this rather awesome essay about his work and Tolkien's (and if I didn't, well, the link's there now ;). Anyway, I went looking for the poem mentioned in the essay written by Tolkien, and I found it - and it's rather longer than I realised, and better than I remembered.

Tolkien and Lewis were contemporaries, and members of the Inklings, an informal literary discussion group that met in a pub. As I understand it, at one point they had a discussion on the merits of myth-making in stories, and Lewis said that "myths were lies and therefore worthless, even though 'breathed through silver'". Tolkien wrote the poem Mythopoeia in response to that. 'Mythopoiea' means 'myth-making'; the creation of a mythology in a fantasy world (wikipedia). Lewis did later concede the point - both his Narnia Chronicles and his Cosmic trilogy are mythopoiec.

I can't begin to describe how the poem makes me feel. It's like it catches so much that I love about story telling in poetic form, or possibly that it does a better job of explaining the relationship of the story teller to God than I ever could, or that it expresses truths that I didn't know I knew before. Anyway, it's a beautiful poem. I'm not surprised CS Lewis was convinced ^^