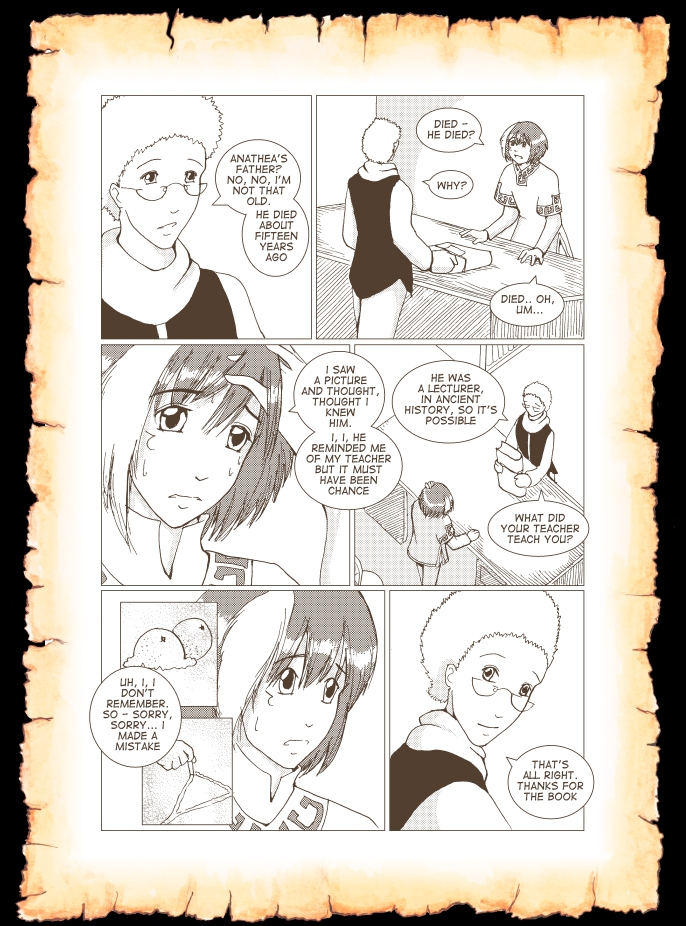 
How would you write a book? Do you just start, and then edit the beginning as it grows from that start? Would you write a brief for each chapter, and then expand on it? Would you plan out a skeleton and put flesh on, or maybe write a play and then add the descriptions? I wonder how authors keep track of what's going on; what everyone knows and where each plot thread is going. It's bad enough with a comic, and they're easier to flip through to find earlier references. Xenoarchaeology was written from a comic script, because it was originally meant to be a comic but the artist wasn't interested. It was a very easy story to fill out. Maybe that's a good way to do it, but would it work for a full length novel?

Speaking of creating things, I've almost finished my current comic project. I've got at least four to think about doing next - that includes Ambient Rhythm, of course, which is ongoing. There's the Manga Jiman entry, which is short and fun and won't take long, Patchwork Sky, which is half done and should therefore probably go first, and Sun Fish Moon Fish 2, which I am rather looking forward to. I should probably put the first issue of that up online, actually. Mmm, decisions, decisions, but such fun ones *^^*