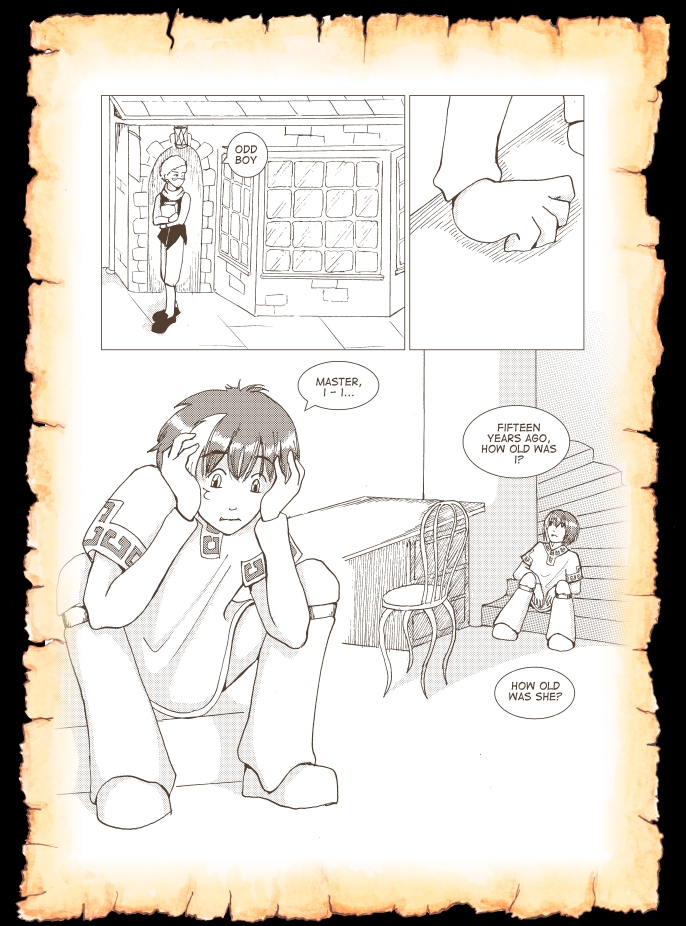 
I've mentioned before that our cat Pixel is a bit of a failure. She managed to bring that to new heights recently. Despite her size, she isn't a total coward. There's a big ginger cat who lives next door; we've seen her chasing him across the lawn, and once, when he got in somehow, Moonshadow found him clinging for dear life to the net curtain that covers the glass in our front door, with Pixel sitting happily underneath him and probably laughing. Unfortunately, if there is a cat pecking order in the neighbourhood (which there must be), I think Pixel must be one step above the ginger cat and below everyone else.
The other neighbours also have a ginger cat, a slightly smaller one with a purr that sounds like it needs oiling. He's very affectionate, and when we have the door open, as we often do in summer, he tries to get in (and eat Pixel's food). When the door, which is a glass one, is shut, Pixel will run at him and hiss and spit, the image of bravado, challenging the stranger who is blinking at her from the other side of the glass. If we open the door, she's all of a sudden not interested. We had a barbecue in April, and Ginger came round to see if he could get some food, or, failing that, attention. Pixel simply eyed him suspiciously and didn't do anything - until, that is, she saw someone else gently wave him away from the food table, where he was on his hind legs in anticipation of sausage. Upon seeing Ginger be thus dismissed, she ventured forth from her refuge under the table, and feebly waggled her paw at him, before bolting back inside. That has, of course, put paid to any hope of her being able to scare him away through the glass now. I think he comes to watch and laugh at her instead.