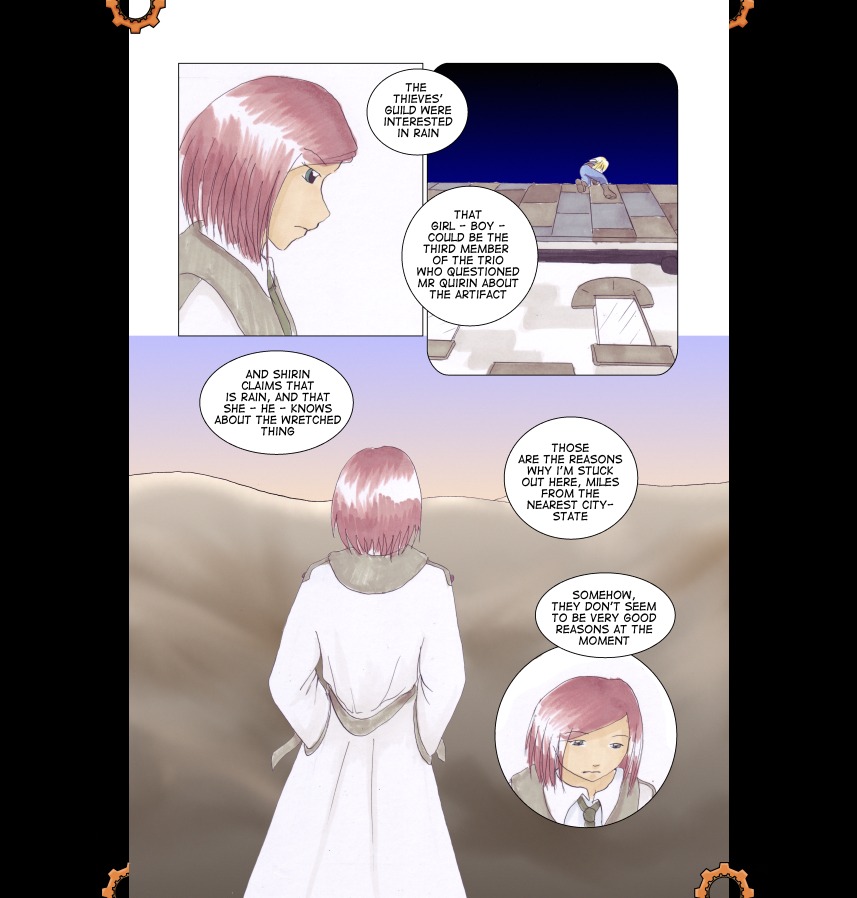 
Star Trek: Deep Space Nine season 5 has been, so far, excellent. Although I do wish they'd allow plot to continue for more than two episodes at once ;)

Check out the Eagle Awards Nominations! The Eagle Awards are "the comics industry's longest established awards" (to quote from their site). There are a number of familiar names in the various lists, such as sweatdrop.com for the favourite comic-related site, or our book Draw Manga for the favourite comics-related book. I am a little confused but honoured to have been nominated for favourite editor and for Artifaxis to have been nominated as favourite web-based comic. I have no idea who did that, but it's rather cool *^^*