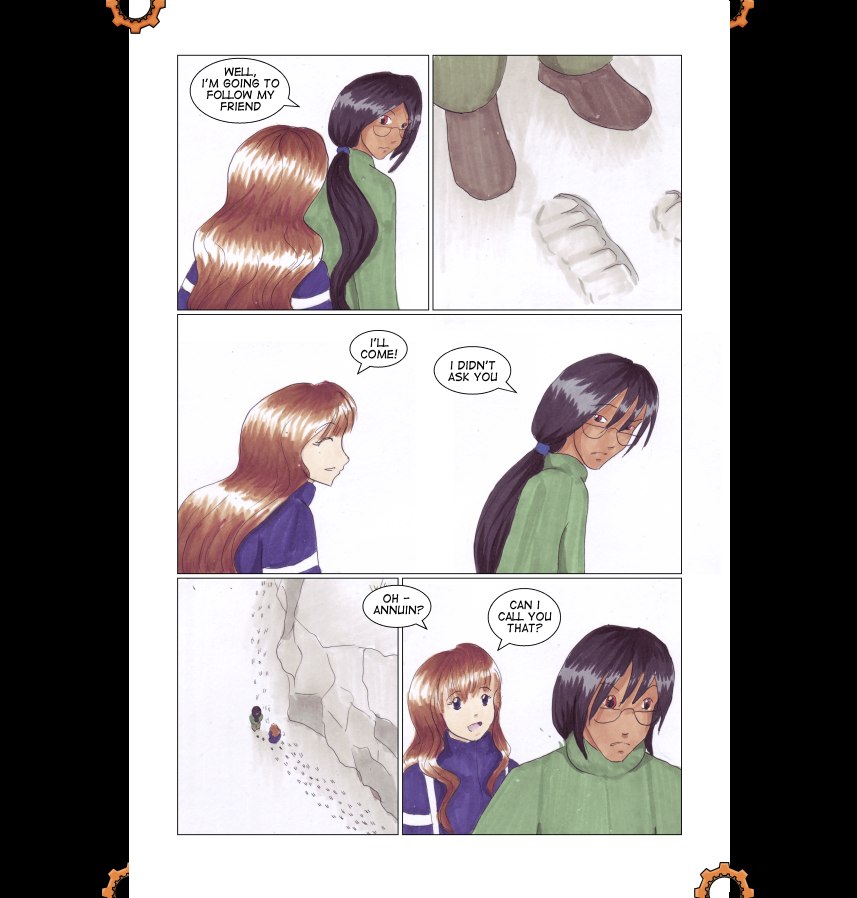 
Rua and Shirin should have met earlier. Their interactions are a lot of fun to write :)

I dropped half a tin of cat food on the cat today. She wasn't very impressed. The way I see it, it's just a quicker route than usual for the cat food to end up on the floor, but I think she disagreed, so I gave her some more anyway. To her credit, she hasn't thrown it up yet.

I've never thought it a good idea to carry on a story after it's over. I won't be impressed if, say, after Harry Potter 7, there comes another story (although it would be better if it's the same world but different characters. I could handle that). That's why Phoenix Feathers will not be continuing; the story's finished. I'm quite looking forward to Artifaxis finishing, much as I did Phoenix Feathers - it's good to complete the story, bring it to a (hopefully) satisfying conclusion. But Looking for the Sun is different. I don't want to leave it at the end of the story, and at the same time, I want to finish it, to bring it to that climax, that conclusion.

Bah. I have another thing to finish before I can get on with issue 24, and that annoys me ¬.¬