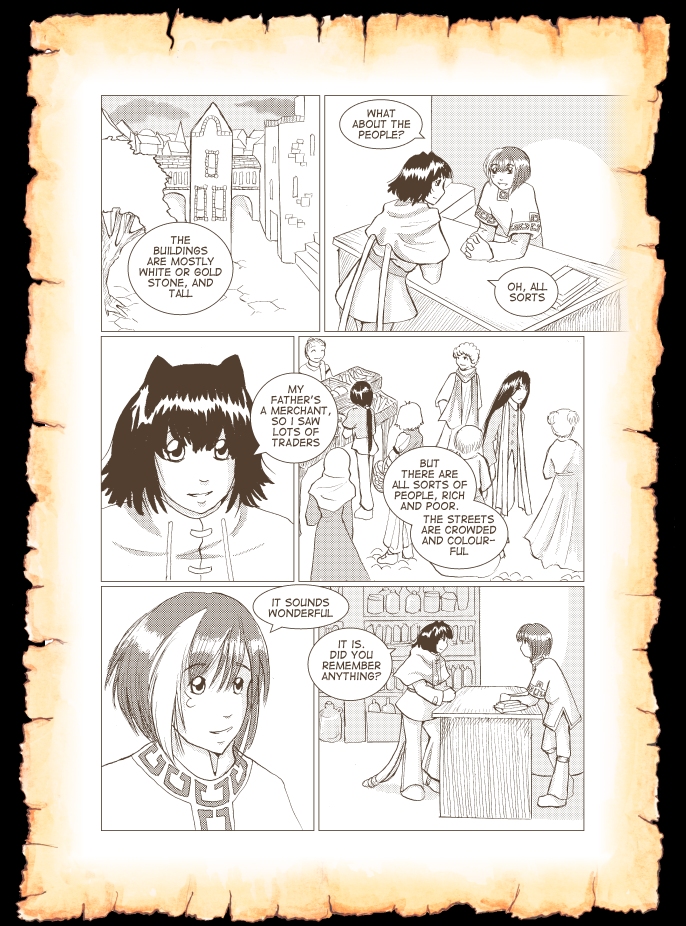 
Ah, happy friendly conversation. Nothing's going to go wrong here, is it? Of course not.

We saw The Dark Knight - the second of the 'modern' Batman films - at the weekend, and I thoroughly enjoyed it. It makes heavy use of the 'lone hero' pattern - the righteous victim, condemned despite his innocence (although there were times in that film when Batman was very far from being 'innocent'. I did like the way it merged white and black - nobody was perfect). That's actually a common, repeating element in a lot of books and stories I like - for example, Rurouni Kenshin, Trinity Blood, Immortal Rain, Trigun (although in all of those the main character is attempting to put past guilt behind them; they're not actually innocent), any of the Deryni books by Katherine Kurtz, or any of Barbara Hambly's books with mages in (where an entire race/caste suffers prejudice). I like it as a plot device, although I don't think I've managed to make proper use of it. I suspect I'd overdo it. I was intending to do it with Saryth, but then, he was supposed to be a lot of things he ended up avoiding (like, you know, brooding and angsty. Grumpy. I'm really quite glad he didn't do that). It's something that is prone to overcheesing, but when it's done right, it resonates powerfully.

I have my own theories as to why that might be, but they're barely formed and incoherent right now. But it's a fun concept to play with. Maybe one day I'll be able to write it into a story without incurring extra cheese ;)