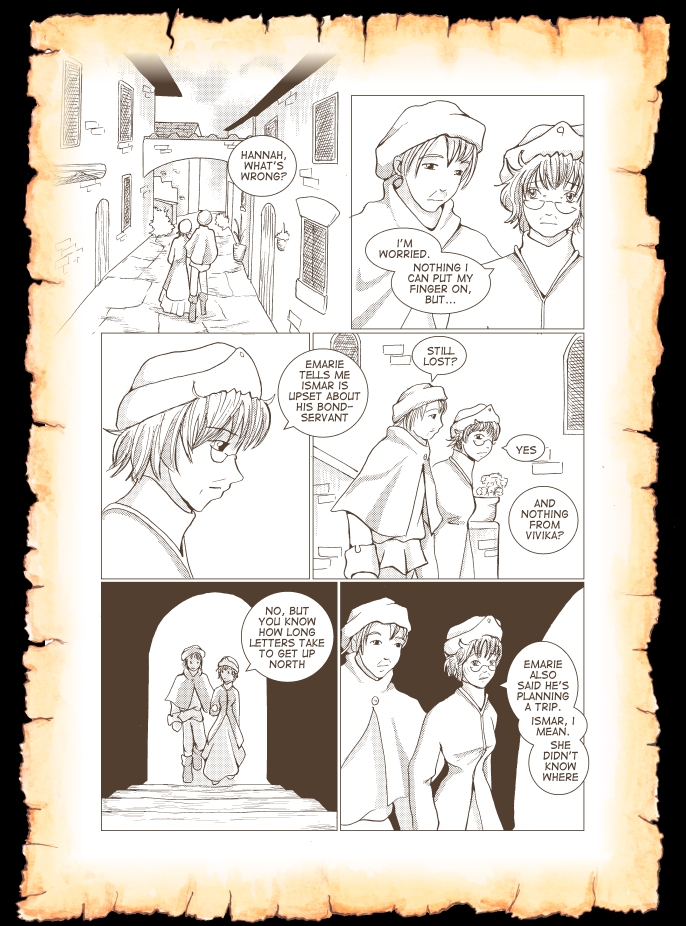 
My laptop is fixed! Hurrah! Ebay and a local computer repair shop fixed that which Sony turned their noses up at. So there.

Anyway. I've begun working on the character art for the sequel to Elven Relations, which has been lots of fun so far, but there was actually almost a whole month before I started that and after I finished Ambient Rhythm volume 1. During that month, I was making a comic - which is nothing new, admittedly, but this is a new comic, a new story. It will be printed for Minami and put online some time afterwards; it's called Sun Fish Moon Fish and has been a lot of fun so far. Here are some teaser images: cover, characters, second page, a random section, another random section :)