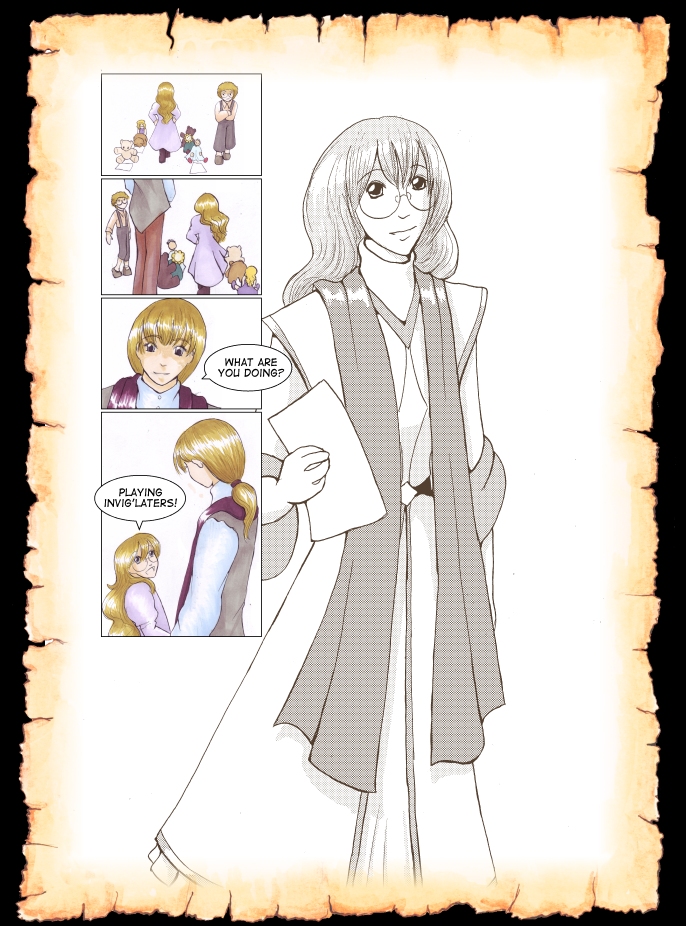 
The next issue of Neo is out, and I have sent the second issue of Sun Fish Moon Fish off to the printers. Both of those mean that I think it's time the first issue was put online - and you can now read it (and a sneak preview of issue 2) here ^^ I wonder if it's sad that I really quite enjoyed designing the webpage. I like the fishies!

During the designing of the Sun Fish Moon Fish pages, I realised how inconsistent the comic indexes on this site are. Most of them have descriptions but four didn't - and it's a bit daunting to be faced with so much content with no indication of what it all is. So I spent a little while writing and inputting blurbs for the four offenders; Patchwork Sky, Artifaxis, Looking for the Sun and Phoenix Feathers. I had to do a bit of redesigning for the Looking for the Sun page to fit it in, but I think it works. It's odd, though - I haven't thought about Phoenix Feathers for ages, and yet at one time it was the only comic I had going. I thought about it regularly because each update was done just the week before, and I didn't have much time to do anything else. Now I have three comics on the go and I love doing them all, but I kind of miss the immersion I had before; it may not have been altogether helpful doing everything at the last minute, but it made it fresh and immediate and fun. For all its ancient art and rambling story, I did love Phoenix Feathers, and looking back over it is always going to bring a kind of nostalgia :)