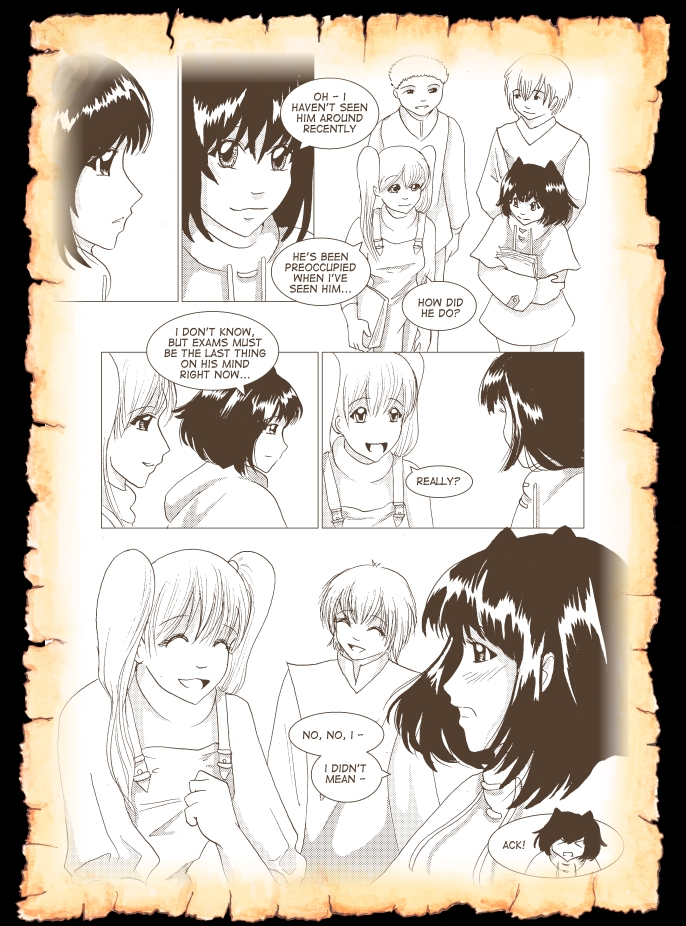 
It's March, and the convention season is approaching. The first con is actually not Minami, for once - for whatever reason, Kitacon is in the March slot, with Minami taking place in April. I won't be going to Kitacon (although I would like to - holiday time and budgets mean I can't attend every con, no matter how tempting they are!). However, it has meant that we (ie Sweatdrop people) have been preparing our Big Blue Con Box full of lovely things ready to go to conventions, and part of that has been preparing badges. I find badge designs difficult; most people haven't read our comics, so it's harder to sell badges based on characters or series. It's better to have badges which stand out for their own sake, and not just because they're based on an existing story, although most of mine are (it's more fun for me that way). So anyway, this time, I have two designs from Looking for the Sun, one from Reya, one from Sun Fish Moon Fish (although, note, no characters) and one from Ambient Rhythm. The sixth is probably the best at standing alone - this is thanks to Moonshadow's suggestion; Cloud, a new "character", not from any of the afore-mentioned comics. He will hopefully be appearing on this site later in the year. I'm looking forward to that :)

Of course, Minami's approach also means comics are being prepared, including the fourth installment of Sun Fish Moon Fish. There may be teasers later. Just badges for now ;)