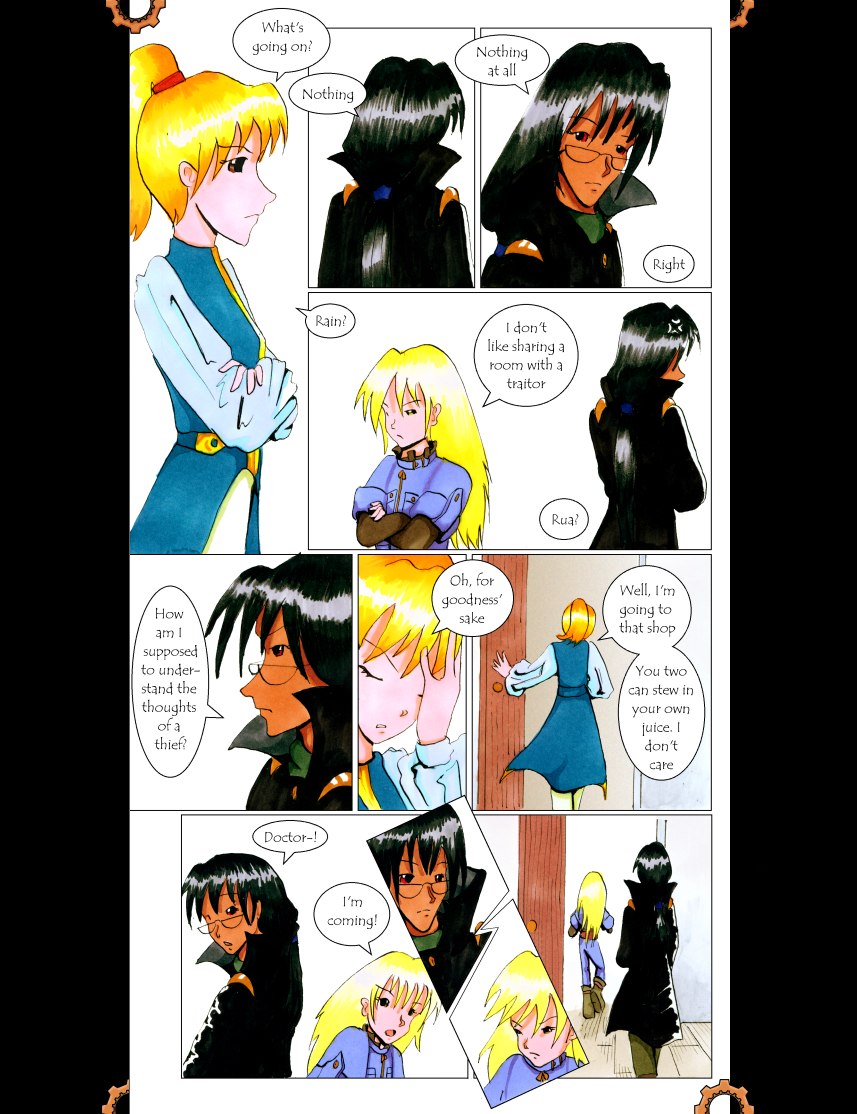 
I spent much of yesterday printing, slicing, laminating, cutting, punching and inserting eyelets and attaching cord to bookmarks. It takes a surprisingly long time, but we had people round so I didn't get bored. Over the weekend was a different matter, and I was randomly reading livejournals (OK, not quite at random; it belonged to Kaja Foglio, from StudioFoglio). Among the entries was a link to a Mary Sue litmus test, intended to see how much of a Mary Sue a particular character is (Kaja thought 'Mary Sue' could be used either for an author insert (the more traditional meaning), or, as well, just to describe a character who's too good to be true - something which Honor Harrington has been accused of, although not having read the books I can't really comment).

Anyway, obviously I tried the test out, although I haven't had time to test Miriam, Rua and Rain yet. Kite scored a respectable 14 or 15, putting her well into the 'Non-Sue' category (a 'well-developed, balanced person'). I expected Saryth to do less well, since although he is not a Mary Sue, he is more of a stereotype, but he scraped into the same category at 19, helped by the events of issue 13. The entry in Kaja's livejournal was accompanied by the score of her own character, Agatha, of Girl Genius. Apparently Agatha got 74, making her an 'Irredeemable-Sue'. According to the test itself, Morpheus from the Sandman scores 70, so it's not an absolute test of whether a character will work or not - Girl Genius is a very good read - but I'm still quite pleased for Kite's and Saryth's scores. Kaja also linked (in a different entry) to this rant, which is an interesting point of view on the whole thing, as are her own comments.