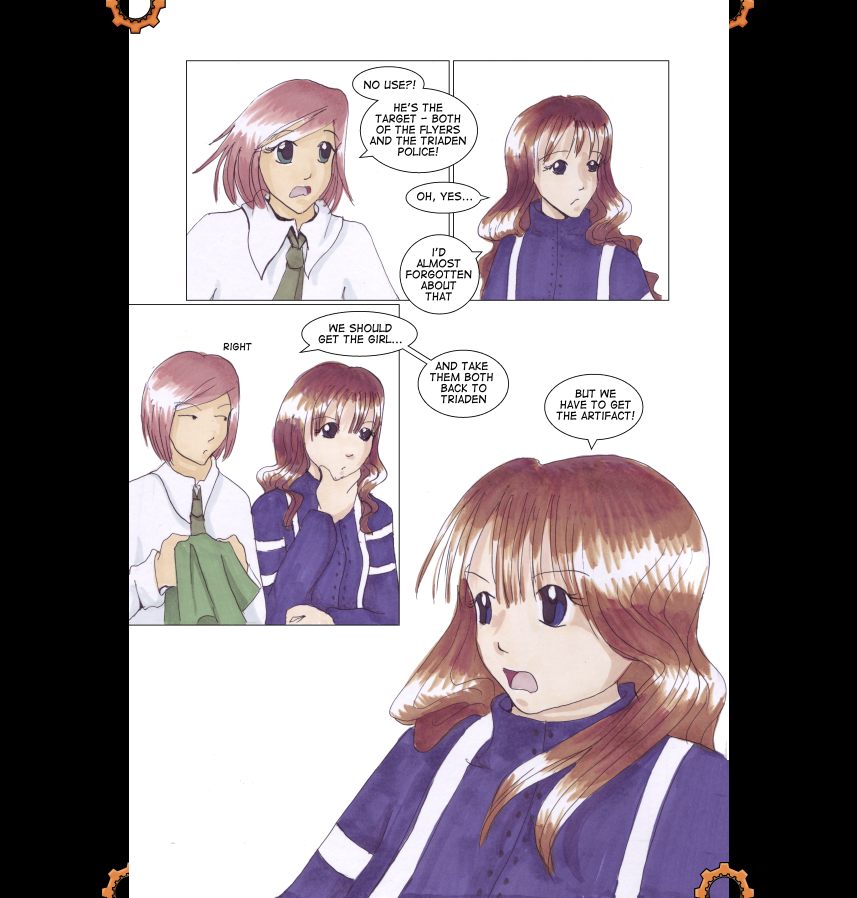 
For several years now, Tokyopop, a publisher of manga in the West (both translated Japanese manga and manga from western creators), have been running a competition called 'Rising Stars of Manga', where competitors submit a 15-20 page comic and the best 7 get published in a book (the winners also get the chance to pitch a comic idea to Tokyopop and get heard). Until last year, this was a US-only competition, but last year heralded the first Rising Stars of Manga UK and Ireland, which is what Reya was created for.

This year, I entered again, which is where the time between Looking for the Sun issues 18 and 19 went to. I can't put the result up on this site yet, because it actually got through to the list of 15 finalists! *^^* You can read it here (you'll need a membership to read past page 4 or so, which is not so convenient, but it is free).

Seven of these comics will be chosen (by judges) for the book, with potentially an eighth from the 'People's Choice' (that is, the comic that most people vote for will get a prize. If that comic is not one of the judges' winners, it gets into the book in addition to the judge-picked winners). You can read them all here; they're the ones uploaded by the user 'rsom'. There are some excellent comics there :)