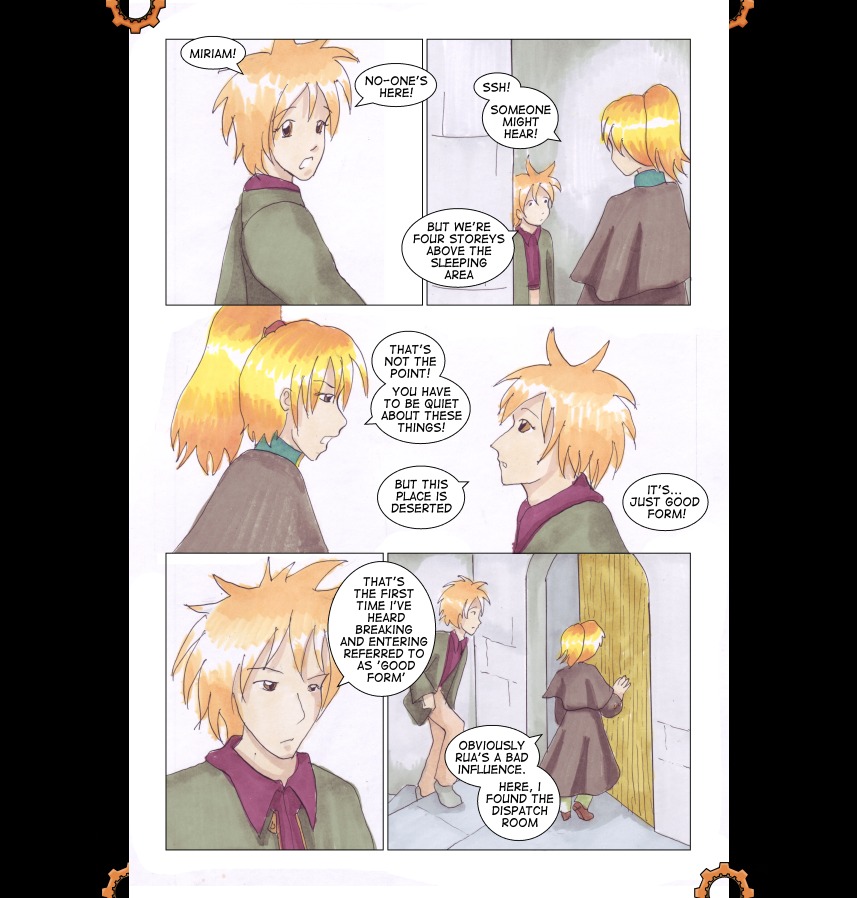 
For a while now, I've been keeping up with Inverloch, which is an excellent and very pretty fantasy webcomic. The writer/artist has recently posted an note to her site saying that she may be slowing down the rate of updates (it used to be 3-4 pages twice a week, which, given that they're full colour, is pretty impressive!), partly because she has just got a full-time job, and partly because she's feeling less enthusiastic about the whole project. She says she is going to finish - she is now close to the end anyway - but she just doesn't have the same drive as before.

Of our three long-running series, the only one I have not occasionally felt like that about is Looking for the Sun, and I strongly suspect that's because it doesn't have a regular update schedule - I do it when I feel like it. Phoenix Feathers and Artifaxis have both dragged on occasion; towards the end of Phoenix Feathers, I just couldn't wait to get it done with (for positive and negative reasons). It's a bit sad, really - it takes a lot of skill to write effective short stories (one of the reasons I don't do many shorts ^^;; ), but to really get character development you have to do a long series, and they inevitably tend to get tiresome. I'm not sure there's much to be done about it except to keep going, but sometimes it really does feel like a chore.

Here's something else I read, which is a bit more encouraging ;) Ageha Ohkawa, a member of the ultra-famous manga group CLAMP, said this:

"If you have something you want to draw and can finish it without giving up, you will debut for sure. Do the work 'til the end. No matter how poor you think it is, there will be some people attracted to it. If it's a comic, finish one story. If it's a novel, also finish one story.
"The most important thing is to give your idea a concrete form."

Finishing is going to feel so good.