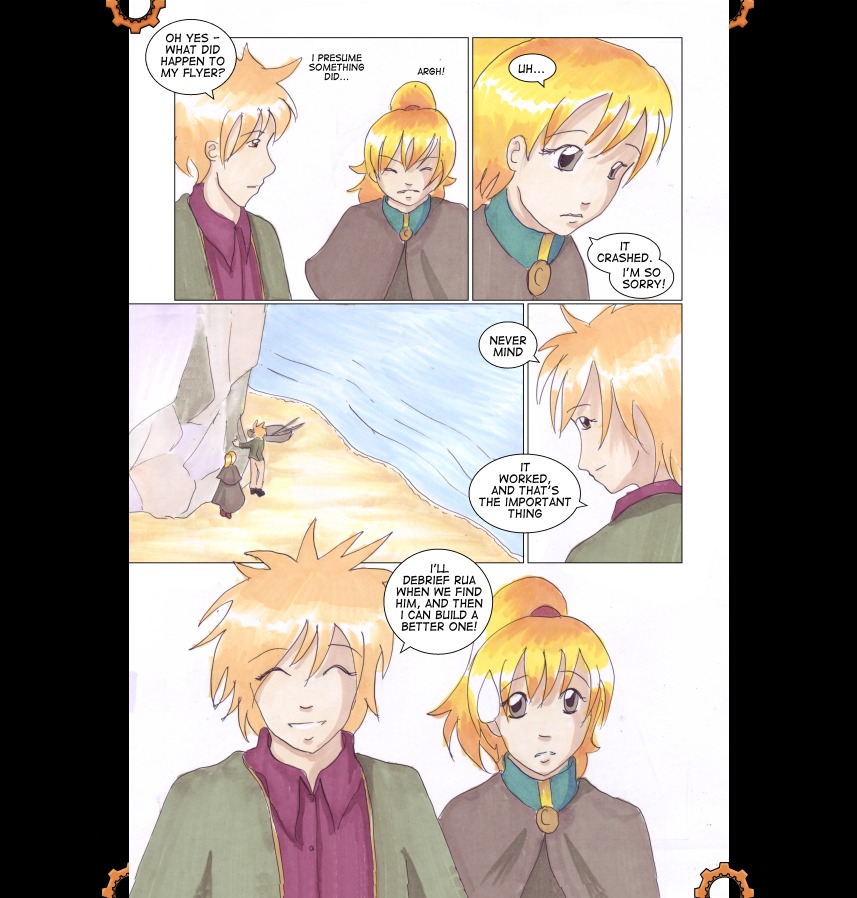 
The Looking for the Sun volume 3 cover background is finally done! So the cover's up, and here's the background in all its glory ;) In addition, I was given some fan art last week by Nattherat - Saryth, and Kite and Saryth. Thank you ^^

We have a link checking script, which runs over this site twice a week and looks for broken links. It found one in this Phoenix Feathers page last week, so I've edited it out, since the Gollum rap does appear to have vanished forever. But as I added the reason and the date, I looked at the date the page was created. December 2003. That's a long time ago! I know this site's been around for a while, but that rather brought it home to me ^^;;

Something else that seems clear to me is that Artifaxis just isn't as interesting or as engaging as either Phoenix Feathers or Looking for the Sun, and I think that's down to the quality of the storytelling. I think there are multiple reasons for this - the main one is trying to tell a good story in print and webcomic form at once. It hasn't worked - telling the story is difficult when it's done in tiny bits, which have to either be funny or plot-filled or preferably both, and unlike Phoenix Feathers, Artifaxis is tied to a specific size, and each strip takes a lot longer to do. In addition, Phoenix Feathers was popular because it was based in real university life, to which people can relate (and half the readers could recognise themselves, which I expect helped ;). Looking for the Sun isn't a proper webcomic anyway, so it's an entirely different kettle of fish. I'm not going to stop Artifaxis, because I want to finish the story and the comic, but I do want to apologise. Artifaxis will probably be over in a year or so, about the same time as Looking for the Sun, and the next webcomic we do, I'll make sure it's tailored first for the web, and only after that, for print.