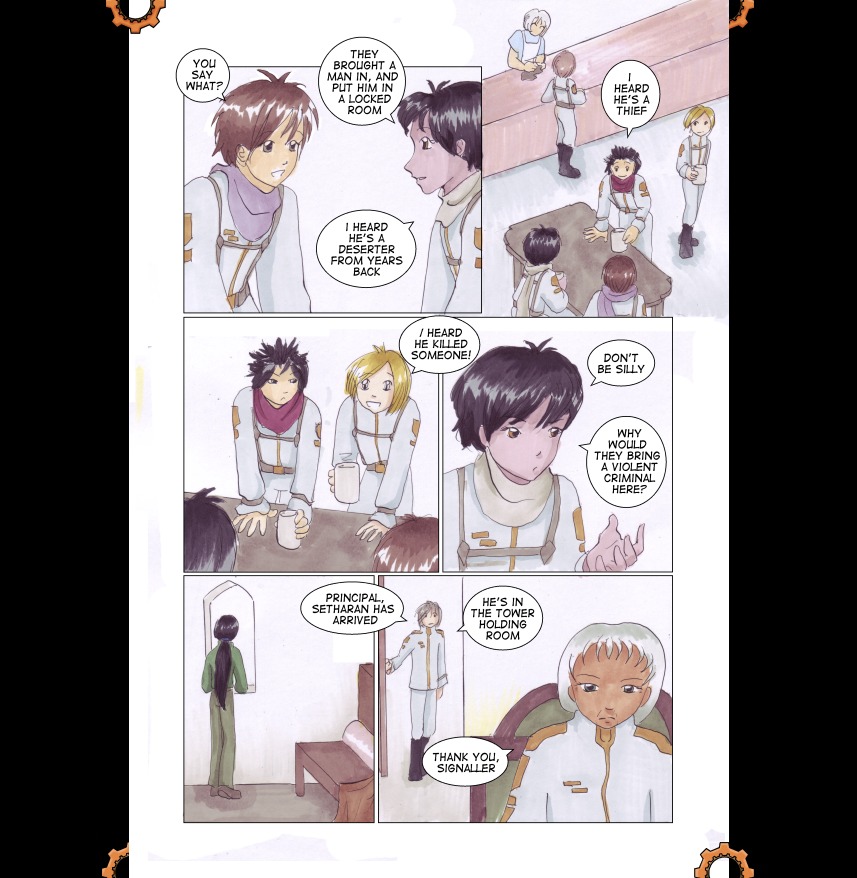 
We went to Budapest last weekend. I went for a conference, Moonshadow came along for the ride and spent Saturday and Sunday taking many photos. No doubt some of them shall find their way onto the net at some point ;) But we went early on Friday, so I got a chance to wander round the city as well before the conference. We went to the Buda side, and up Castle Hill by way of the little funicular railway, and we wandered around looking at the gorgeous architecture. The churches all had fantastically mosaic-y roofs, and looked spectacular from a distance. My favourite part of the afternoon, though, was the Castle Labyrinth. This is a series of passages, some natural, some (more, I think) artificial, underneath Buda Castle. Unlike just about anywhere else, they didn't put up plaques explaining what the labyrinths were used for (e.g. shelter during WWII, I think). Instead, the creators of the labyrinth made a work of art out of tunnels, sound, light and carvings, that is not like anything I have ever been in.

We went down the steps from the street entrance, paid at the ticket desk and went into the labyrinth. It was very dark, with just an occasional light to show the way, and there were drumbeats which reminded me of the scenes in Moria (as I read them in the book, not as they were in the film). Going through the first part of the labyrinth, there were replicated cave paintings on the walls and odd, almost-human statues watching from caves. A stone man held a naked flame, staring across at a wall. There was a cave named 'the axle of the world,' with a symbol in the floor in the centre, lit from beneath, and stones carved with the names of months and some other things surrounding it (symbolic, but of what?). The drumbeats continued, changing into lighter ones but always present.

We passed through a dark corridor, with a two-faced statue that reminded me of the Roman god - one face looking back, one forward. Round a corner, there were statues of men and of a deer, disappearing into the wall, and odd-shaped pillars, accompanied by more melodic music. Just beyond the deer was a doorway, and looking through it I saw a flight of stairs going up. Crosses - the kind with a circle round them - flocked on the stairway and a rough-edged cross stood about two thirds of the way up. The music changed, becoming serene and choral. The lighting was red. I felt like we'd come to a save point, because the whole thing was so unearthly, it was easy to imagine we were in an RPG!

The stairs were barred, but the labyrinth went on, with a statue of a man on a horse, lost in a side cavern, and a lit cross round a corner, all but hidden. The furthest corridors went deeper, but we were barred from entering. In another chamber, a stone pool was surrounded by pillars with trickling music, and in yet another, there was cheerful music and a central, ivy-covered stone fountain, with red wine running (the air in that cave smelt very odd).

Later, there was a display of 'fossilised artifacts' from 'another era' - computers, phones etc - and a dark labyrinth 'courage' test for children (more on that when I get the photo off Moonshadow). But the previous labyrinth, the darkness, the flames, the music and the odd carvings, the sense of mystery, of discovery, and the solitude - we hardly saw anyone else down there - is something I have never felt before. I really, really want to experience it again for the first time, as it were. We did see plaques explaining the exhibits after we came out, but they didn't add much. It's not really something I can explain easily or describe, but that's probably just as well. It's something that has to be experienced, and I wish I could go again.