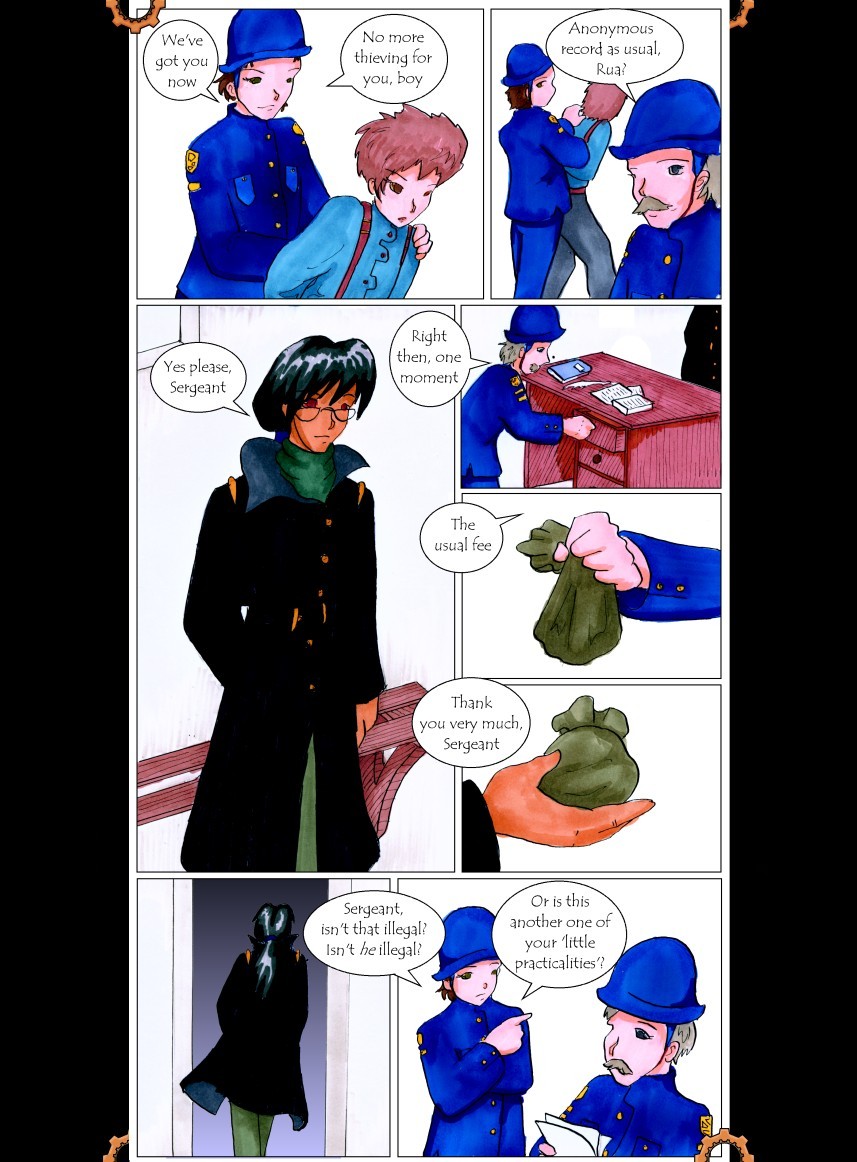 
There's a new Looking for the Sun up here. It has a cover, even. Amazing what deadlines can do for you  ^^

Now comic deadline nastiness is over, I've got some pictures I want to draw. Pity I still have (non-comic) stuff to prepare for Minami. Maybe some time in April...

As a random aside, does anyone else feel guilty when they see a bit of litter and don't pick it up and throw it away? I'm not talking about the really grim wet-soggy-dirty-tissue but things like crisp packets that are still pretty clean that some random moron has decided to throw on the ground rather than in the bin that's just over there. It really annoys me when people do that, and I feel vaguely guilty about leaving stuff when it would be so easy for me to throw it in said bin.