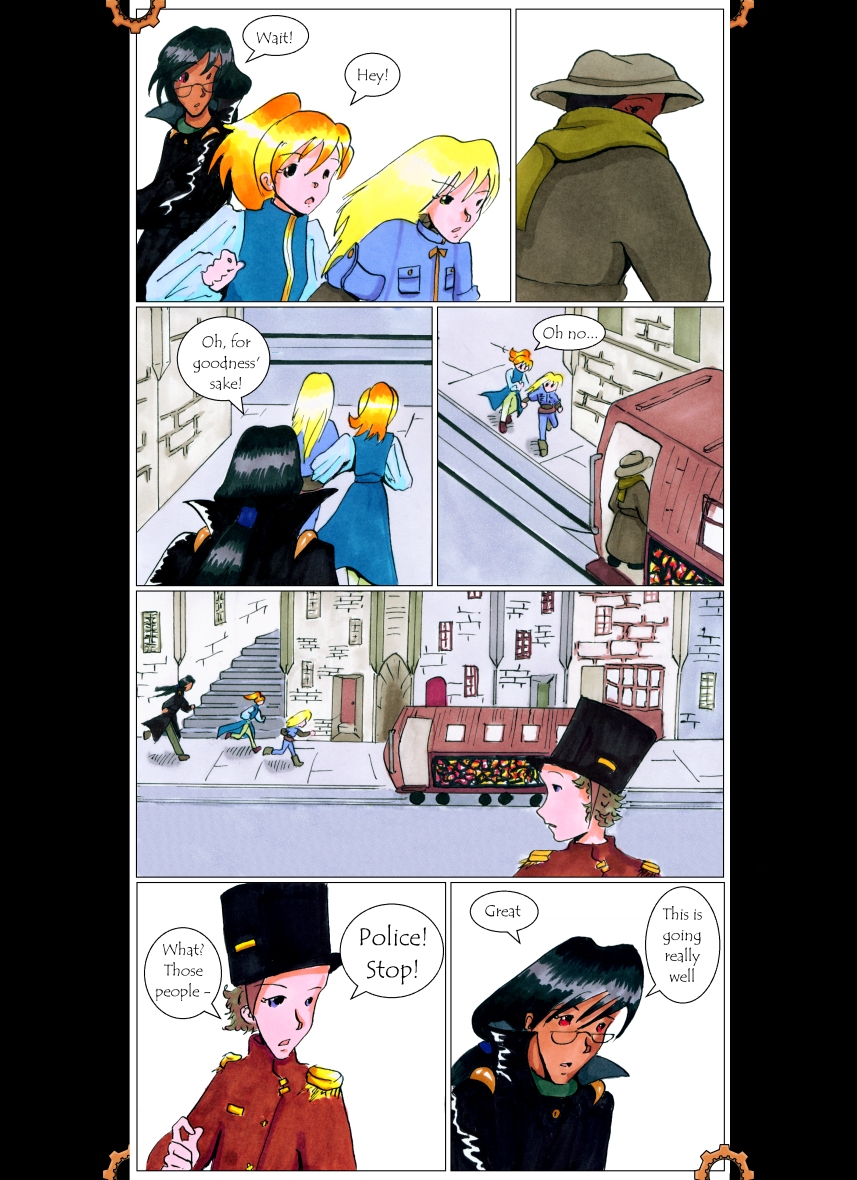 
Why is it that when we have a day free, we don't spend it doing all the fun things we were thinking about but instead just reading and lying about? I didn't even do the chore I intended to, so the bathroom will have to stay grotty for another day. I could have spent time on comics, but read a lot instead. We did get to go walking in a forest in the end, but it was considerably later than intended and, of course, there was nothing we wanted to watch at the cinema, so we came back here and watched lots of Fantastic Children instead (not that that's a bad thing). I'm beginning to come to the conclusion that I only work hard on unnecessary things like comics when I have work to do during the day. It's as though when I'm working, I can't bear to waste what little time there is, but when I have lots of time, I don't get round to doing things - presumably because there'll always be time - until there isn't (if that makes sense). I don't feel like I've upped my comic work rate since handing in my thesis (but I could be wrong there - it's hard to judge).

Never mind, it was still a fun bank holiday  ^^