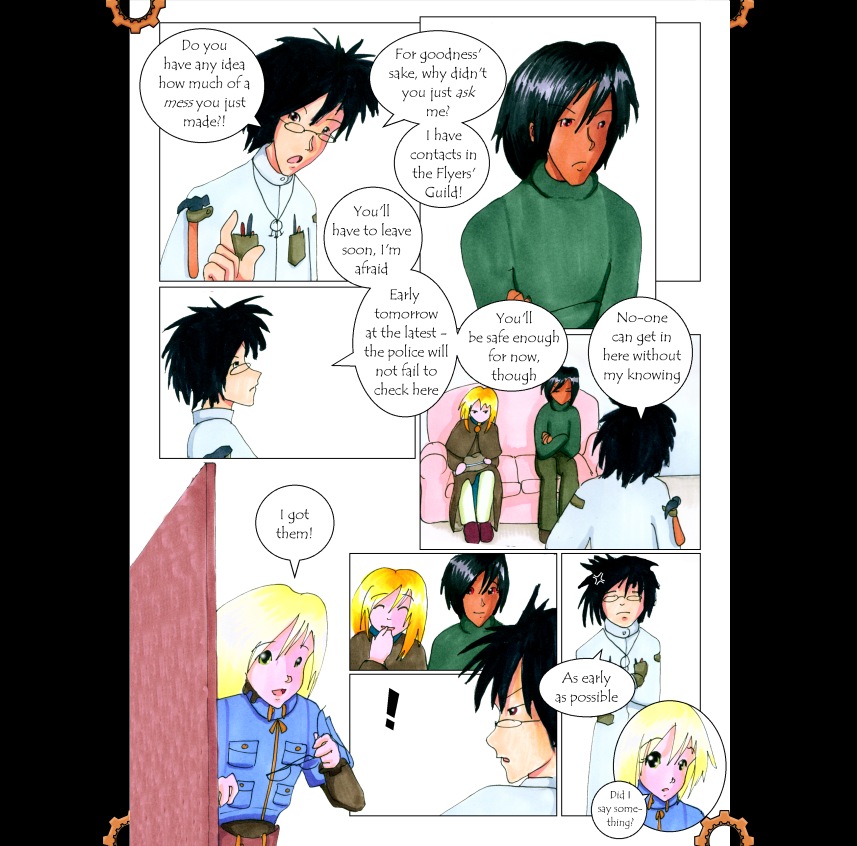 This is the end of this issue - five starts next Friday :) Issue four is a nice round forty pages in reality, which is big for a single issue but not too big. It seems that when I focus more on regular updates than on getting a whole issue out at a time (as with Looking for the Sun), the story expands so each issue naturally fits into about forty pages. Looking for the Sun issues fit into twenty-four page chunks, more or less (the first issues of both comics are exceptions). I wonder if that's a function of the way I do them, or of the story? If I did Artifaxis like I do Looking for the Sun, would I have completed six or seven issues by now, with the group spending more than one issue in each city-state?

As for Looking for the Sun, like with the last volume, there's a splash image consisting of some of the characters in volume 2 (I did leave some out, in the end) here - scroll down. There is also a new extra omake strip here. Black and white only for now. It's number three because I haven't done two yet but there is an order. Really. I'm a little concerned about the fourth one, though, because that will end up in the introduction page of volume 3 - and that places it in between issues 14 and 15. Omake strips are funny; is that going to seem out of place? I could put it at the back of the book, but I do like having them in the introduction page.