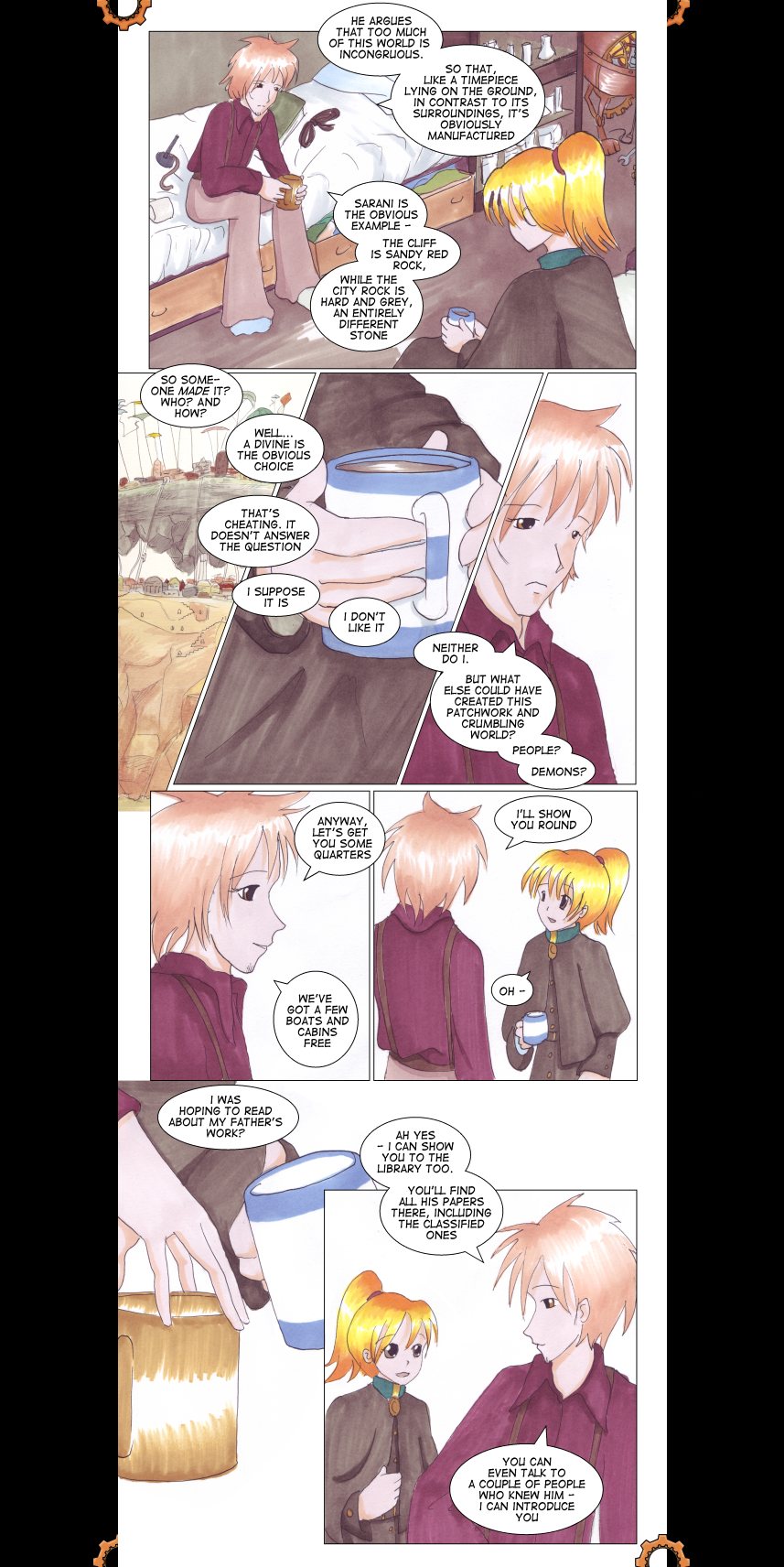 
I'm really bad at reading manga. I'm not sure why; it's cheaper than anime and more portable, but I still watch more anime than I read manga. It might be just that I can get through a manga much more quickly than I can through the average paperback, so they're less satisfying than a novel while being much the same size. I don't know. However, I've been reading a lot of manga recently while waiting for my computer to up/download stuff or save large files and so on, so here's a braindump of the most recent things I've been reading.

I enjoyed Crossroads, which is a sweet manga about a somewhat mixed up family with vague overtones of romance. It's got a lovely sweet style - both of art and of storytelling - which I like very much. I've also been reading xxxHolic, which is wrong on so many CLAMP levels, but fun. I still shudder every time I see the black Mokona (and it talks! Eurgh). W Juliet is yet-another-boy-crossdressing-as-girl manga, but it's done surprisingly well; the character in question looks very male when out of costume and his reason for doing so is almost convincing. The main female character, Ito, is very likeable. The author has a penchant for putting them in weird situations, but they're usually pulled off well, and it keeps me reading. All of those mangas were lent to me by various nice people; I've also been catching up on the Saikano manga, which is sad and really makes me want to watch the anime, and on Here is Greenwood, which is odd. I like it, but I think I prefer the anime. It's an old style, though, and interesting for that reason, and it is very well drawn. Saikano is quite sketchy and I'm a bit dubious about the style chosen for the main male character (although Chise, the main female character, is very cute) but the art for Here is Greenwood is solid and well drawn. I especially love the way Yukie Nasu draws hands. I like hands.