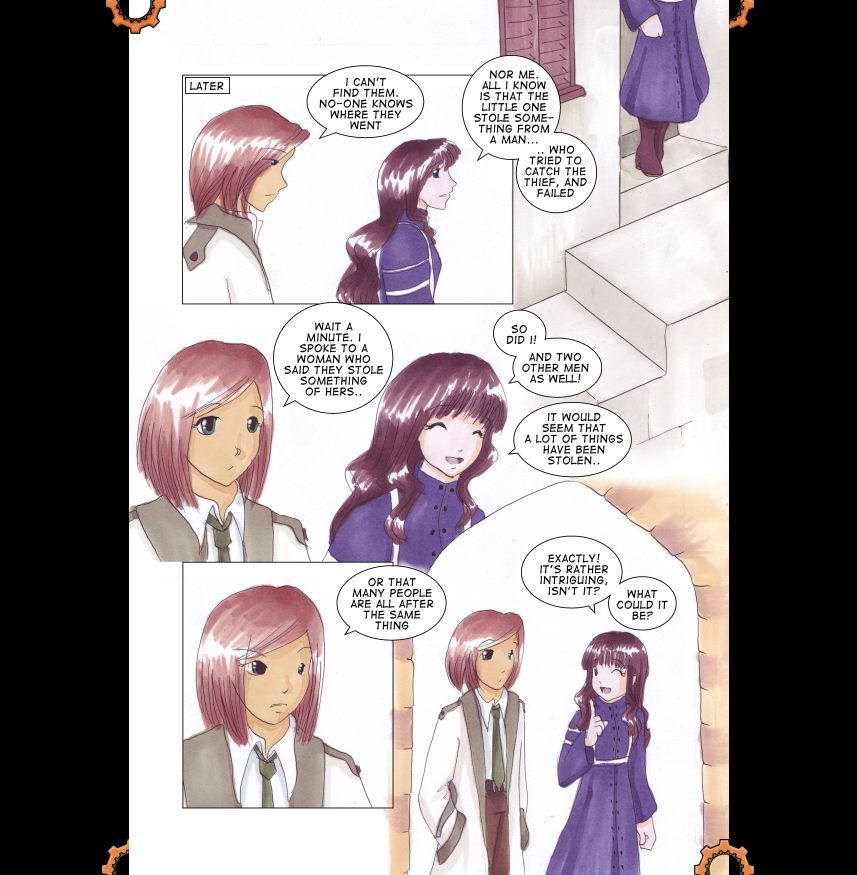 
We spent the weekend in Edinburgh! It was a random trip suggested by Carol, after I told her about Chocolate Soup, which is a cafe selling gourmet hot chocolates in Edinburgh Old Town. Well, we (seven of us, including Carol, myself and Moonshadow) stayed on the Royal Mile (the street leading up to the Castle, in the Old Town), and we ate at Chocolate Soup (twice), and we went to the Castle itself - which is a wonderful place, huge and full of museums. I saw the Stone of Scone and the Scottish Regalia there. We also went up the Goth Rocket Scott Monument, which was very impressive, although it gave me vertigo looking down from above, never mind the tiny twisty little stairs! I also got to go girly shopping with Carol and Laura, which doesn't happen very often, and was really good fun, especially when I tried on and bought a man's waistcoat in one of the many, many 'Scotland' shops. The shop assistant looked a bit confused. Moonshadow almost achieved his goal of living entirely off haggis, and on the first day, he and Nagi climbed part of the way up Arthur's Seat, the extinct volcano close to the centre of Edinburgh. In the evenings, we played Guitar Hero, Dance Dance Revolution and MarioKart, and watched The A-Team, which I had never seen before. It was a very fun weekend, and a good way to relax.

We drove up in baking sunshine, and in fact the weather was hot and sunny and windy throughout the weekend, only becoming a little colder on Monday, and then we were driving south again anyway. A funny thing happened on the way up, though - despite the sunshine both in Edinburgh and in the south, a mist descended as we crossed the Border, and I was worried we were in for a misty rainy time of it. Instead, a mile or two later, we crested a hill and the sun shone through banks of clouds ahead of us, creating a fantasy-like backlighting of a scene that did not belong in the real world. The clouds surrounded a hill, framed by trees in the foreground, and above the closer hill rose more hills with a castle-shaped building on top. Their bases faded into the mists, so they were almost floating. We were in the grey clouds but driving towards the hazy brightness that illuminated the scene from behind, all pale gold with hints of rose and blue. If I drew it - if I could somehow capture the colours and the landscape - no-one would believe we actually saw it.