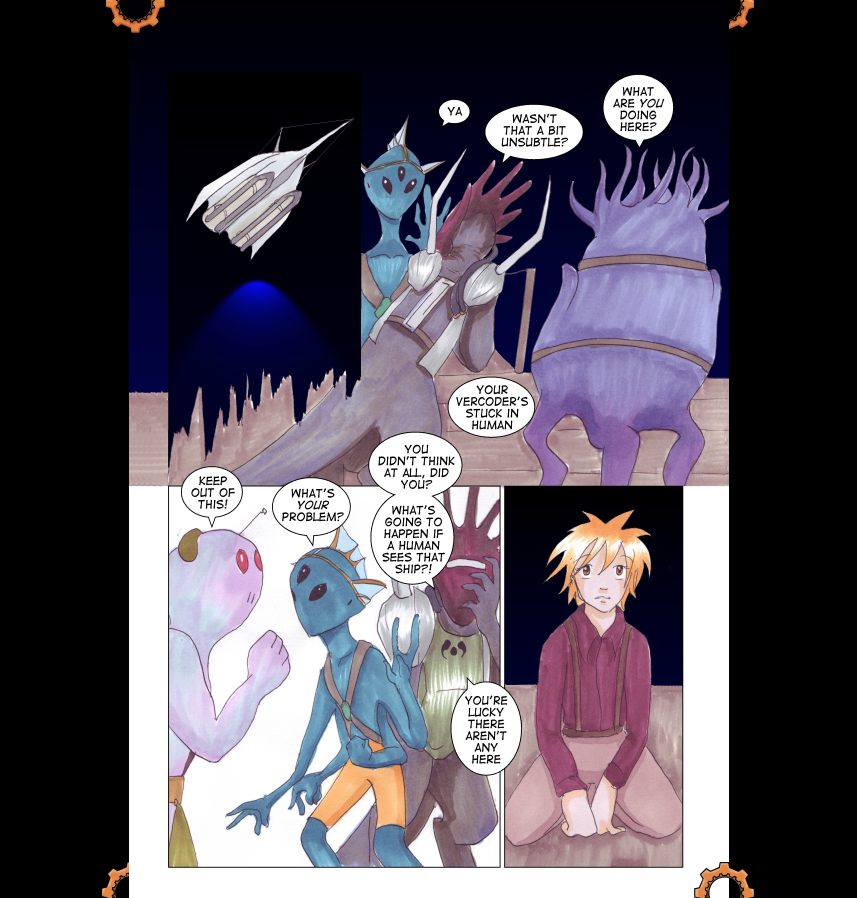 
Back from holiday - and it was a good one! Many thanks to Carol for doing the updating last week. I dislike the idea of missing an update :)

We spent the week on a narrowboat on the canals around Birmingham with a couple of friends of ours. We saw Warwick Castle (lots of reference material) and, briefly, Stratford-upon-Avon. We watched Deep Space 9 in the evenings and played Settlers of Catan and Scrabble. We actually brought a wide range of things to watch and play, but obviously we're set in our ways by now. The best thing about the holiday, though, was just the relaxing. Narrowboats don't move quickly, and gliding along a canal in the heart of the countryside is so peaceful. I spent a lot of time sitting in the bow, where the engine was all but inaudible, reading (Robin Hobb's Assassin trilogy, closely followed by her Tawny Man trilogy, both of which are excellent). I also got through inking all but two of the pages of Looking for the Sun 18, so hopefully that'll be around before too much longer. Moonshadow spent much of the time running around operating locks (I did help with that. Sometimes), and taking photos, some of which may be found here.

Going back to work was hard, but there's Amecon to look forward to this weekend!