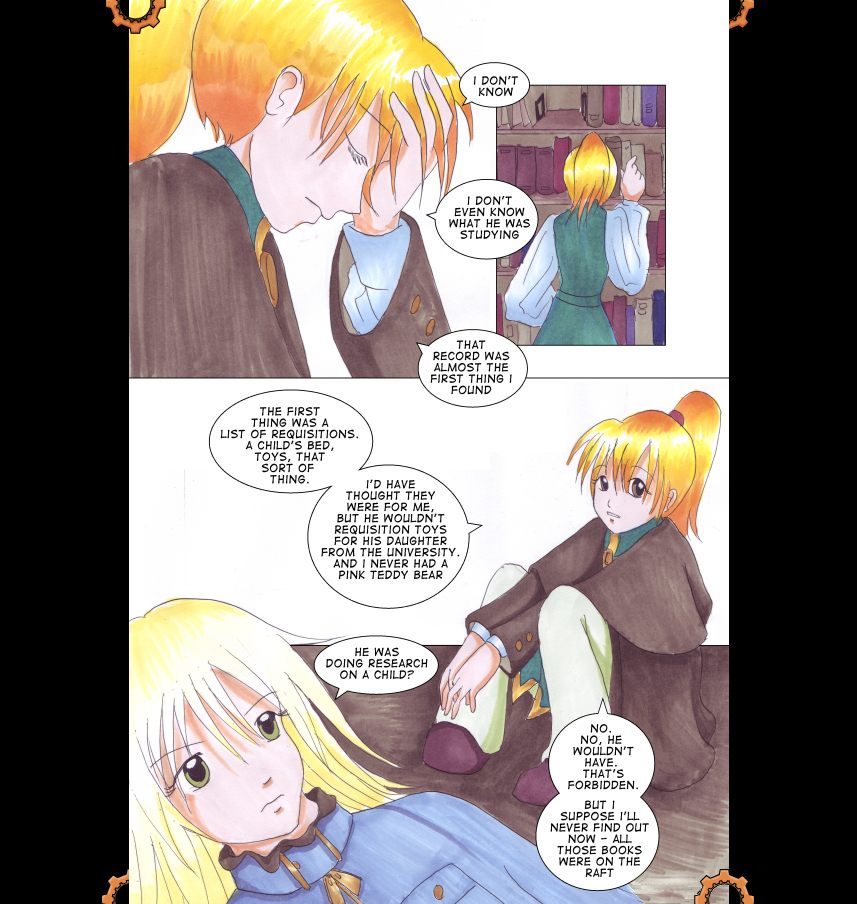 
One more thing from Amecon that I forgot to mention. Back in May, they were asking for art for the conbook. They wanted their mascot, Ame-chan, dressed as a character from a series but not a main character as such (eg a ninja from Naruto, but not Naruto himself). At Moonshadow's suggestion, I drew her as a girl from the same school as Misaki, the heroine from Angelic Layer, which we'd been watching, complete with Angel doll on her arm - and she made the front cover! I was so pleased *^^* Now the con's over, so I've put the image up here. The other new image is one I should have put up a while ago - Reya, drawn for the cover of Stardust, from the comic of the same name. It's interesting looking at the differences between the two - Reya was drawn and inked manually, and soft-shaded (my normal method of colouring); Ame-chan was sketched in pencil but inked digitally and cel-shaded. I know I prefer digital inking for standalone images because it's so much neater, but which colouring method is best?