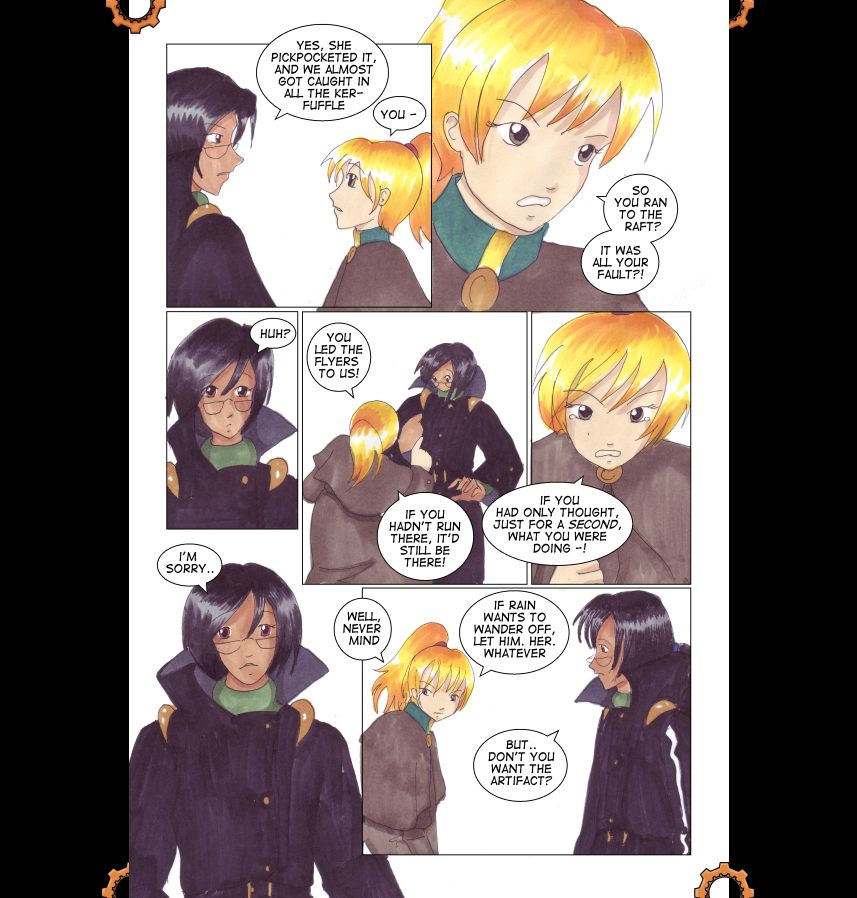 
Looking for the Sun will end next year, I hope. I want volume 3 (which consists of issues 15-21) out by Minami 2007 (in March 07), and volume 4 (22-28) by Minami 2008. That means that if all goes well, around this time next year, I'll be looking at the last few issues (ooer). It's the longest-running project to date, I think - longer than Phoenix Feathers, anyway. But I'll need something to spend my copious free time on after it's done. I'm wondering if it would be worth it to redraw Phoenix Feathers for book format? It would have to be rewritten as well (not least because it's badly told in more than a few places), but I think it might be worth it.

Thinking far in advance, I know, but it's an idea I've been playing with. Maybe there'll be projects by then that are more interesting than redoing an old comic, I don't know. But I am fond of it ^^