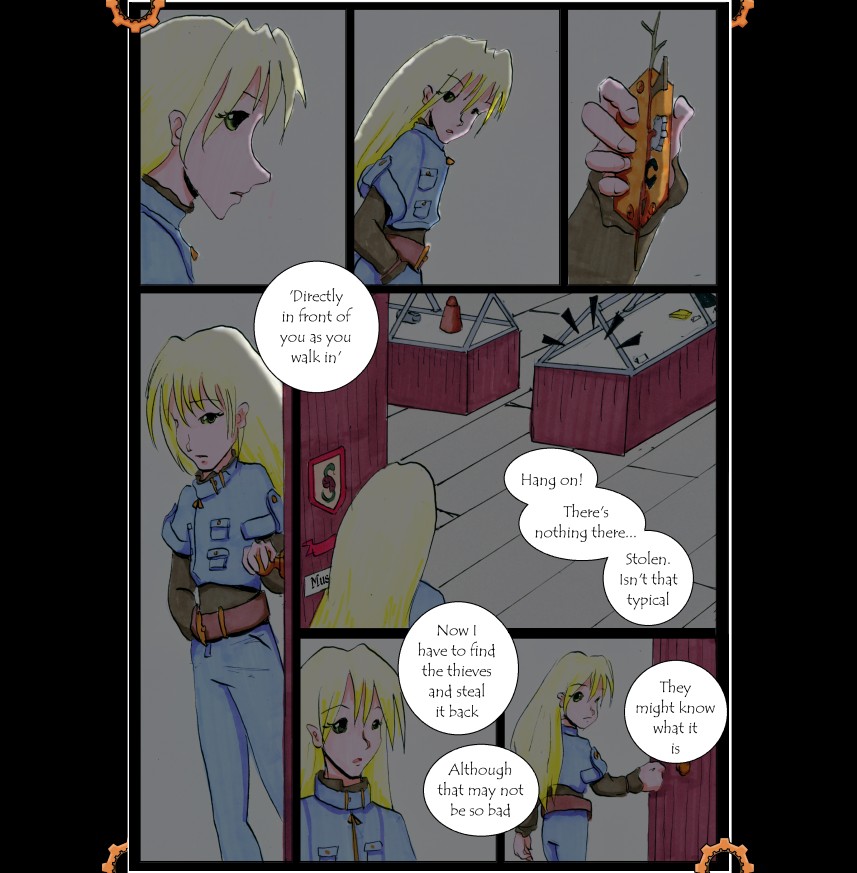 
I spent Sunday night trying to persuade my failing markers - the ones for the colour of Miriam's skin and the colour of her coat - to function just that little bit more. I was wondering how long it would take to get some new ones, and coming to the sad conclusion that I was going to have to do some computer colouring. Then I came home and realised that when he bought the last lot of replacements, Moonshadow didn't buy one of each, he bought several, and among them are two more 515s for skin and two or three more 587s for the coat colouring. I finished that page yesterday evening, and it's such a nice feeling to be using a fresh marker. It doesn't take much to make me happy  ^^

Speaking of making me happy, we watched the end of Samurai Champloo today (the real ending - the ending to 'series two,' aka the rest of series one, being episodes 18 to 26). It was highly enjoyable; I think I like the series as a whole better than Cowboy Bebop, which is also very good. It did help that there were some gratuitously cool scenes from Jin (and also one or two from Mugen, which I wasn't expecting) in the last few episodes. Mmmm ;)