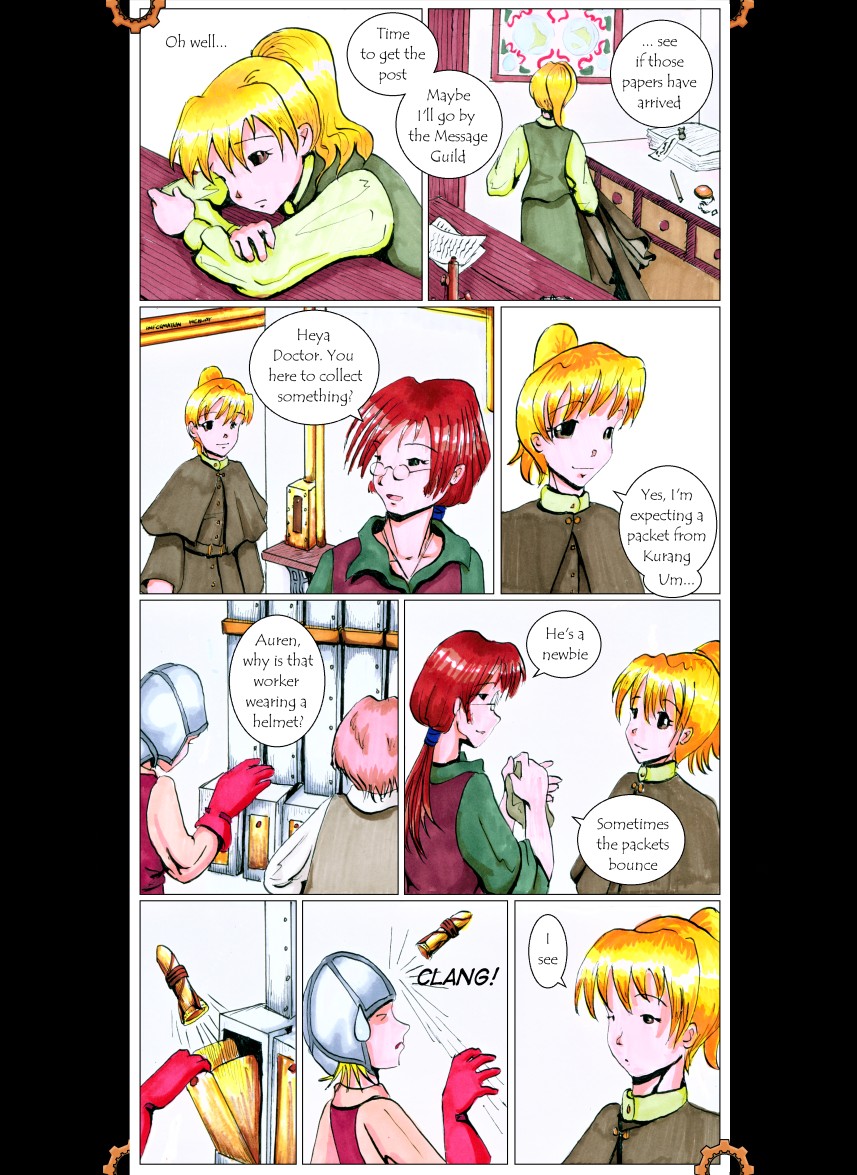 
We ran out of Starship Operators last week so we started watching Tactics instead. It's an odd anime; it reminds me of a number of different things. The main character is a Shinto exorcist called Kantarou Ichinomiya, who wanders around, um, exorcising things. Which is where the first similarity comes to mind; it's like Scooby Doo, but the spooks are real. Kantarou has a backstory; as a child he talked to goblins a lot ('tengu'; read, not evil beasties but not human either), and he wanted to protect them from most other humans who treat them as you might expect. He heard about an 'ogre-eating goblin' ('ogre' is the translation of the word 'oni,' and isn't really accurate; I believe there are hints of demon in it too, but never mind), and vowed to find this goblin, which was sealed up. In the first episode, he does find the goblin who is, of course, a bishounen with black wings (which explains why I started watching the series). As well as all that, for some reason I don't know yet, Kantarou has a scar on his chest which hurts in the presence of an oni. This is the second similarity; he reminds me - very briefly, thankfully - of the film incarnation of Frodo. Yeuch. Along with Haruka, which is what he called the ogre-eating goblin, Kantarou deals with different problems each episode while trying to stave off the editor of the magazine he writes for (the only income he and his happy band have). Yes, happy band - as well as Haruka, he is accompanied by a fox-goblin (kitsune) girl, a kid called Suzu who accused him of being a quack and has a tremendous crush on Haruka, and occasionally another goblin whose name I forget and that goblin's weird little green spouse thing called Moo-chan. Thankfully, Moo-chan does not turn up very much. But all that reminds me of a harem anime, which is the third similarity, and the relationship between Haruka and Kantarou is also reminiscent of Yami no Matsuei.

To Tactics' credit, those are mostly only surface similarities. Kantarou is neither incompetent nor pathetic - actually, he's quite likable for a main male character - and the components of the merry band of followers don't seem to have a crush on him (except for Moo-chan. Blech). Haruka is both arrogant and amusing, especially when faced with the oddness of 'modern' human society. The art style is pretty, as might be expected of an anime featuring black-winged bishies. The only thing it really lacks is an overarching plot - I keep watching in the hope that it will manifest one, but so far it seems happy to be episodic. Then again, Witch Hunter Robin took a long time to get going, and that was worth waiting for. Hopefully it will acquire plot, and in the meantime it's amusing to watch while we wait for the next episode of Starship Operators.