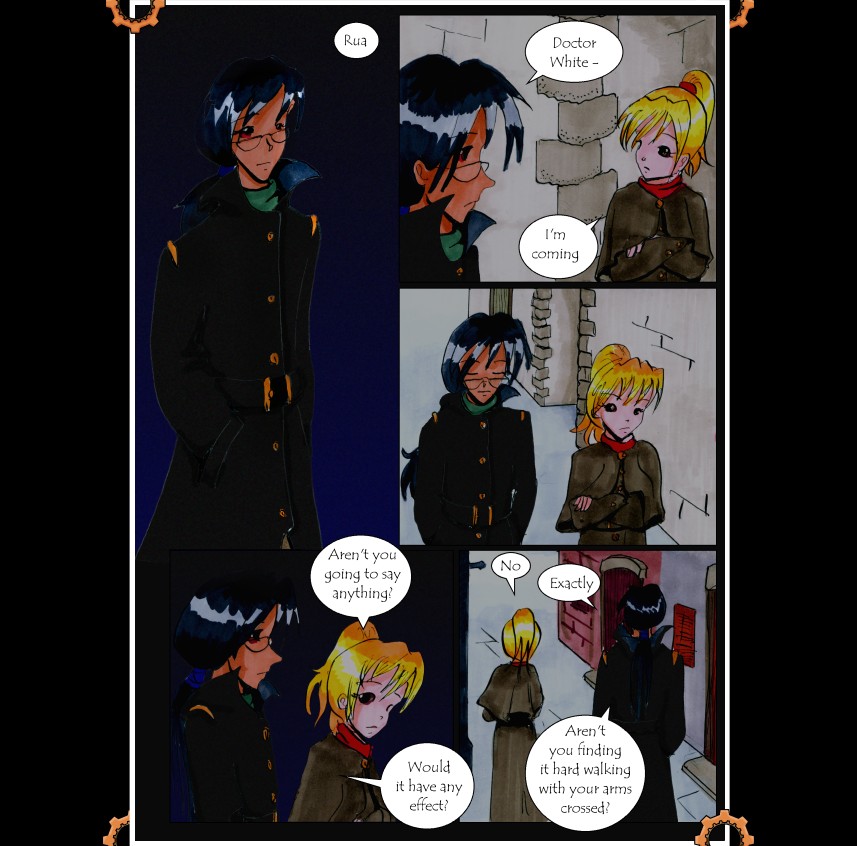 
Looking for the Sun has been updated at last! Hopefully the next one won't take so long.

London Expo was great. Admittedly, I spent all but about twenty minutes at our stand (but it was the most interesting thing there anyway. Except maybe for Garnier, who were handing out 'Manga Head' hair gels, which was just strange). We had an 8ft long table, so all our comics were spread out with lots of space, and we demonstrated Letraset stuff (and I demonstrated inking comic pages). As well as the comics and demonstrations, we also had a new book out - Selina Dean's Fantastic Cat volume 1, which is very shiny (no link yet...). She beat me to it, grrrr  ^.~
We had loads of people at the artists' alley and lots of really good entries to the art competition. I wish I could have stayed longer, but we had to leave before the party (at which, apparently, there were Daleks). Never mind, there's another in October. Here's a photo of a number of us standing facing our stall, in front of the yellow truck advertising Night Watch  ^^

Finally, does anyone know why some Mac OSX keyboards don't have a '#' key on them? You'd think something based on Unix would have one...  ^^;;