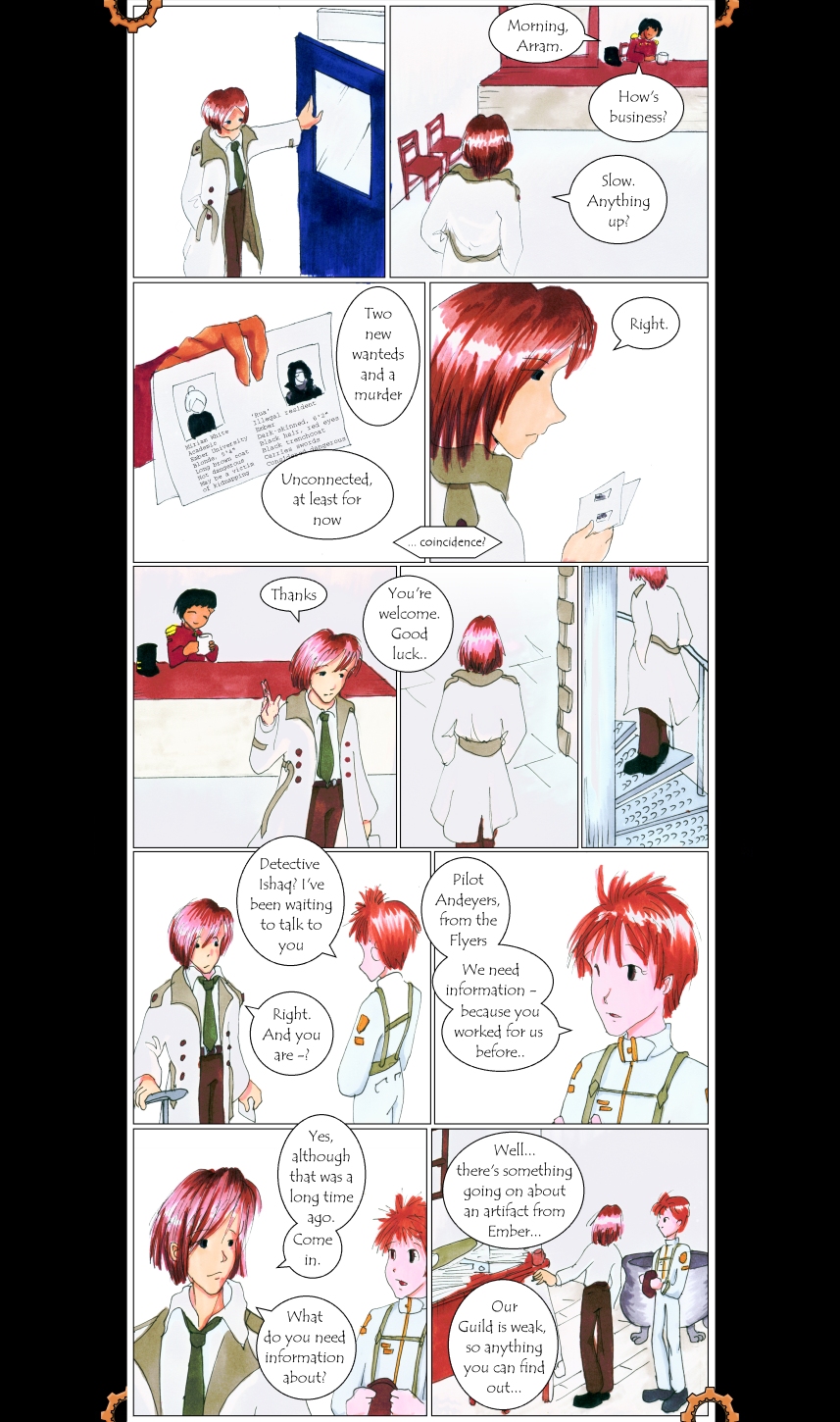 
Ow. I hurt in many places. I got a cardboard cut today - like a paper cut, only bigger and messier. How stupid is that? I'm also very tired, having had little sleep and being very busy preparing for Expo. Come and see us! It's going to be excellent :)

We saw the film 'Luther' last night. It was very interesting - not only was it well-told, well-acted and a genuinely engaging film (more so than I was expecting), I had no idea about most of what actually happened. I never knew Luther's books were part of the cause of so much bloodshed, or that he got married. So now I am better educated historically, which is probably something I should work on. I also pinched a few background ideas from the sets ;)

Although I've been busy, I did manage to do a reference for our latest character (scroll down a bit). I've also been finding a little time here and there to work on this. It was drawn straight into Paintshop Pro, no outlines, nothing. I did it with a touchpad, because that's pretty much all I have. And surprisingly, I'm thoroughly enjoying the process, although starting was a bit weird. It's only a part of a larger illustration, but I'm really quite pleased with it so far.