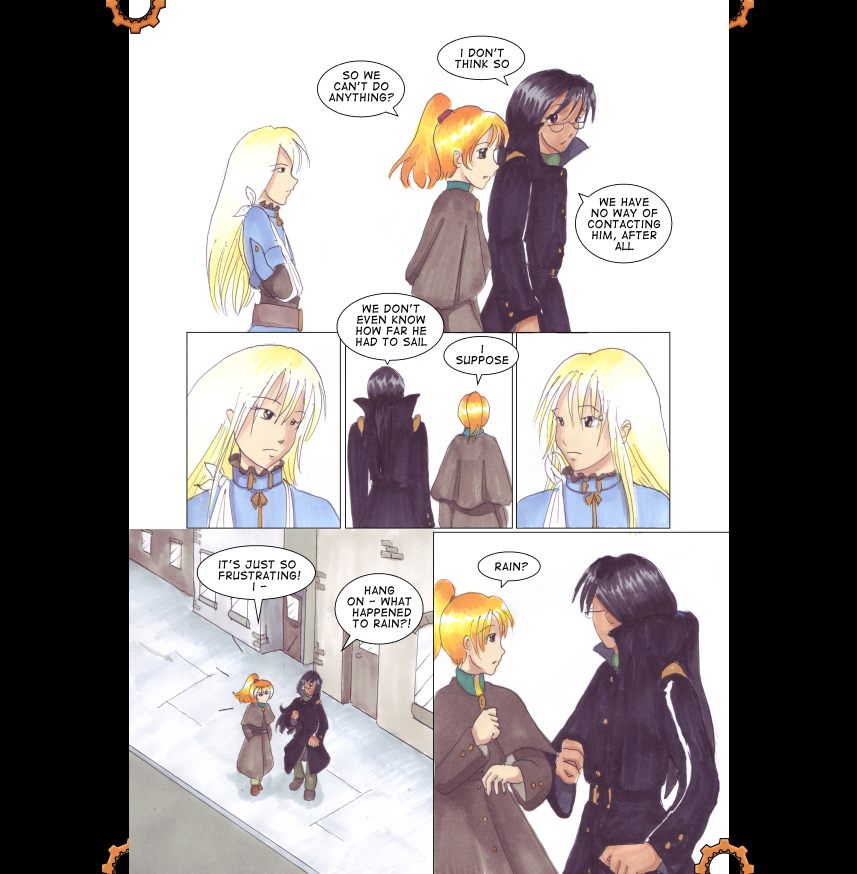 
There's a handful of new, very short comics up, here. Condemned to Flight was drawn for the one page comic category in the IMAF 2006 competition, the theme of which is flight. Student Sueto-chan was drawn for a university magazine, although I don't know if it ever got printed. Sueto-chan is the Sweatdrop Studios mascot. Character Workshops was done for the Amecon 2006 conbook. Notably, all three are toned, which a) is not something I normally do and b) results in criss-cross moire patterns when resized. Never mind..

Another thing I'm working on is this, which I do intend to colour. Eventually. I'm pleased with the lineart, though, which was done entirely in Comic Works, sketch and all (it's a very sketchy sketch..).