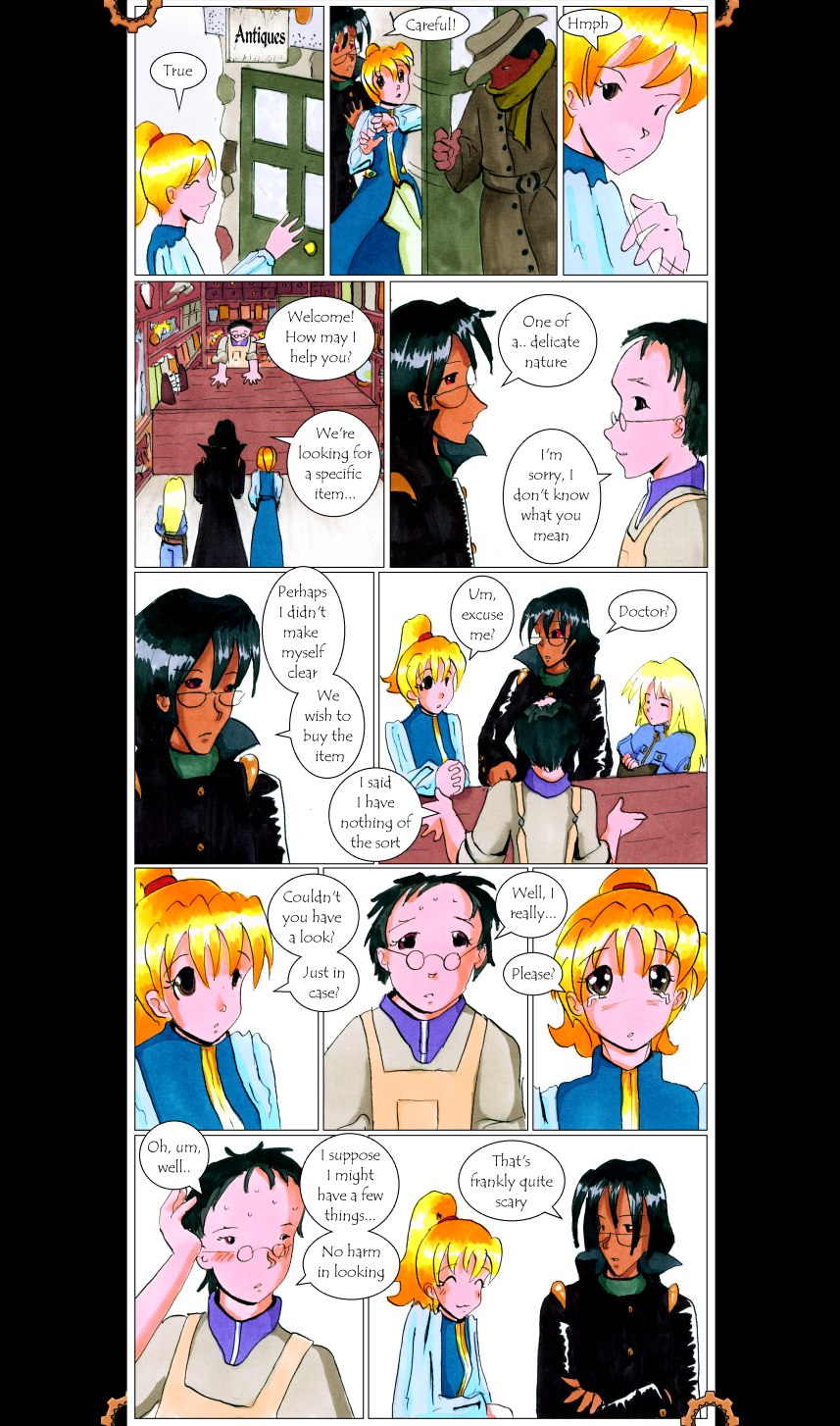 
Ayacon was both tiring and fun. I sold a fair few Looking for the Sun books, which is good - if you have one, let me know what you think :) We also saw a number of possibly good anime - Fantastic Children has potential (according to Moonshadow; I missed that one), Iriya no Sora, UFO no Natsu looks like a prettier version of Saishu Heiki Kanojo, with all the angst that implies. Kamichu is the adorably sweet story of a girl who becomes a goddess - very Shinto, very gentle, a little like some of the Miyazaki films, although I'm not sure I will carry on watching it. Full Metal Panic has another series, which looks to be more on the serious this time; it's called FMP: Second Raid, and the first two episodes were good. I did see an episode of Bokusatsu Tenshi Dokuro-chan, of which the less said, the better (the name translates to 'Club-to-Death Angel Dokuro-chan', and it is an accurate description o.O;;).

I did miss having an AMV in the exhibition (no competitions at Ayacon...). The masquerade was good, the company was excellent, the location was pretty good and the weather was nice, which, since we had more than one building, was a very good thing. We did a couple of workshops and they went well, and spent a fair amount of time behind the dealers' table, as usual. Nothing out of the ordinary, really, except that it was the biggest anime convention in the UK to date, having 1200 people. I don't know what I expected, but it wasn't for it to be just another con. I suppose we're getting spoiled  ^.^

There are a couple of changes to the site in the wake of the con - a two page preview of Purgatory, a comic written by Mary Beaird that I drew, is here, and I've added the cover for Looking for the Sun issues 12-14. They were released in one big comic, so I'm afraid there's only one cover for them all. ;)

Congratulations to Chris and Chel, who were married last weekend. Enjoy the honeymoon :)