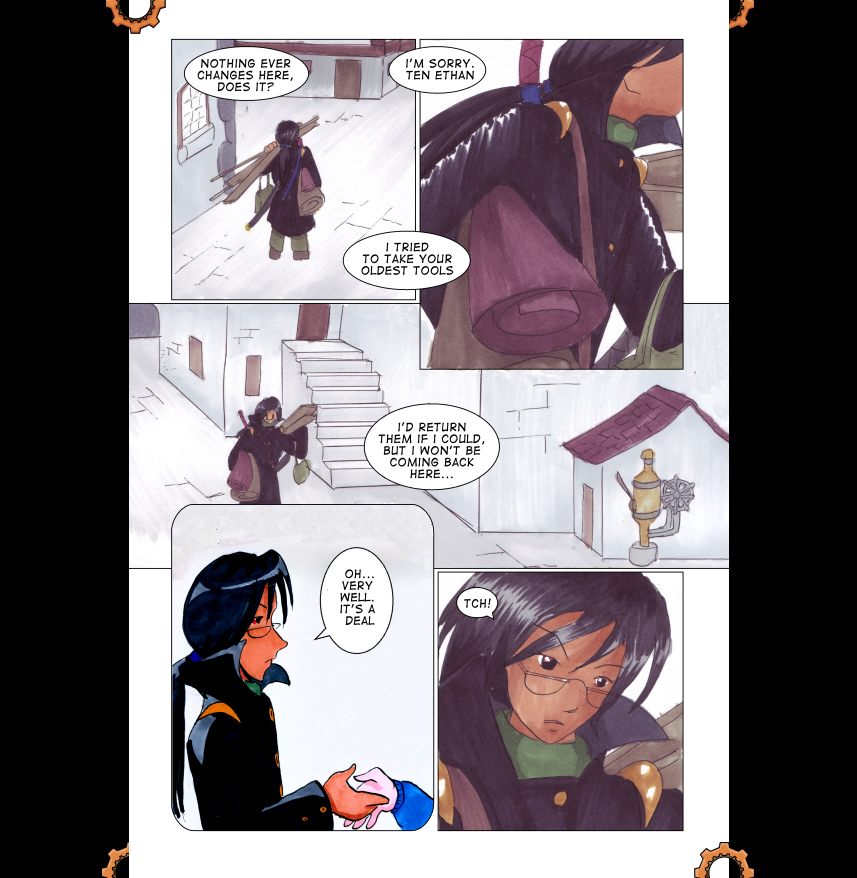 
Rua is remembering the events of this strip.

Neo magazine's been running for a couple of years now, and this year, like last year, they ran a manga competition. To enter, you submit a five-page comic. Well, I did try, but I'm bad enough at writing normal-length short stories, never mind ones fitting only five pages. This year, someone mentioned the idea of magical girl demolition squads at WednesdayAnime, and the idea fermented long enough to give rise to English Magic, a pointless little comic about English magical girls. Naturally, they're named appropriately for their country of origin ;)

In addition to the comic, I also recently finished a picture. Not a commission, not a comic cover, nor a page, but a real proper picture I did mostly for fun. It's actually the inked and coloured version of an older sketch, but I'm really pleased with it. MoonShadow generated the background using C ;)

We went to see Pirates of the Caribbean last night. There's a Cinnamon in it! Because I knew it didn't have a proper ending, I wasn't disappointed by the lack of one, but I think I preferred the first film. It was still a lot of fun, though, with some excellent one-liners (most of which I knew from the trailer, but never mind).

Finally, we might have some trouble updating next week, because I can't guarantee a connection. I'll do my best, and if it does all fall through, I'll put them all up in a big update the week after. Just advance warning - hopefully nothing will change.