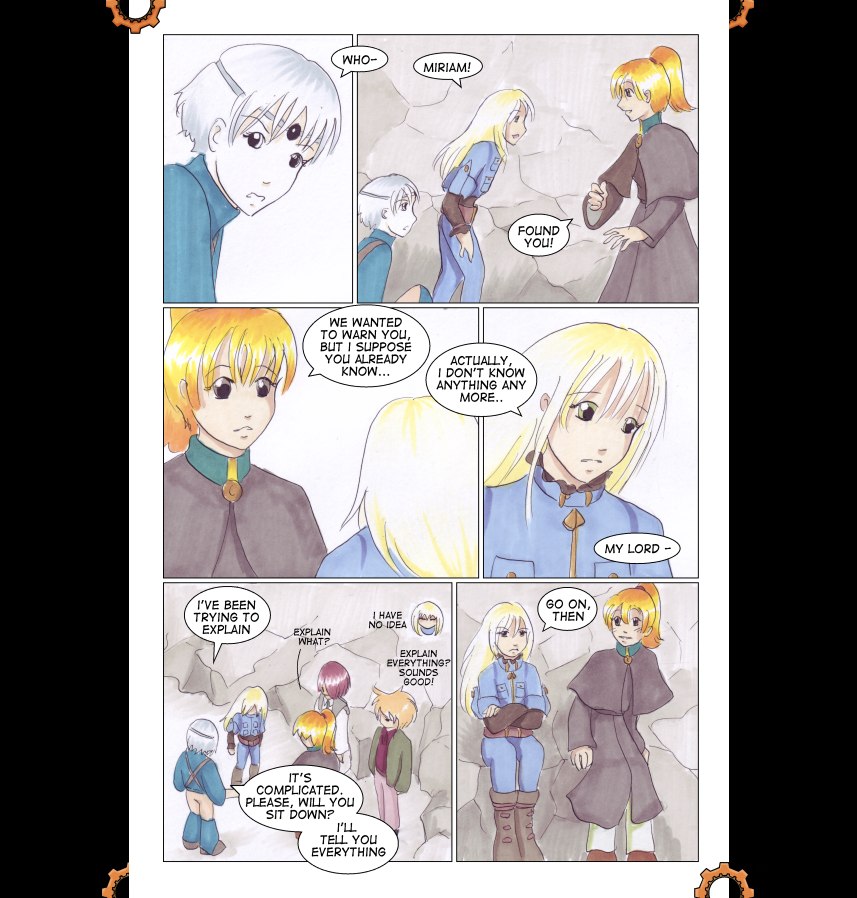 
More little updates ^.^ Last year, Sweatdrop released two paired anthologies; Pink is for Girls and Blue is for Boys; paired anthologies whose stories were linked but told from a typically shoujo or shounen standpoint respectively. The story I wrote and drew was for the Pink anthology and called Unheard Harmony, and there are now two pages up here as a preview :) It was paired with the Blue story Unmade Melody, which was drawn by Sarah Burgess. Also, Artifaxis 8 and 9 now have a cover, albeit a shared one :)

There are general rumblings of "wouldn't it be nice to have another Marathon Anime Weekend?" - the suggested series are X TV and the fantastically named Battle Fairy Yukikaze. If anyone has any comments, suggestions or orange penguins, please drop them here :) A date shall be sorted in due course, I'm sure... (haha) ^.^