Trying to figure out what the fuck I'm going to do now that the US has apparently elected Trump as president.  First thought is returning to the UK but I don't know how much Brexit has screwed things up over there.  Any opinions?  Other alternative would probably be Canada but I'd need to find out more about that immigration process.

So much sympathy right now! I don't know how much Brexit is going to screw things up, it's still ongoing. The slowest train wreck ever... - SunKitten
Well, we'd welcome you back I'm sure!  But Brexit is showing, really, that the political establishment has a lot of momentum and change is slooooow.  While a night of the long knives is possible, I don't think you'll see any real issues in the short term.  --Vitenka (Nightmare scenarios of course exist; using the presidential pardon as a way to legalise political murder is a fantastically horrible one I've seen suggested...) 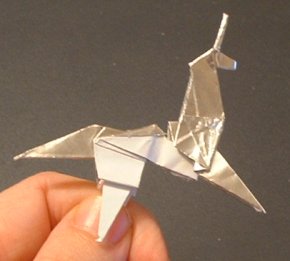 Can someone explain, in short, easy words, what the difference between the display manager, the window manager and the (whatever Gnome and KDE are) is?

I sort of get the idea that (Gnome/KDE) sits on the window manager which sits on the display manager but I really can't work out where the dividing lines are.

The X server is something that gets sent commands to draw lines, boxes and bitmaps, copy stuff around etc. on the screen and does it.
The display manager is a daemon that runs X servers on virtual consoles, respawning them when they close, and provides a graphical login screen to let users grab control of the X servers.
The window manager is something that lays out the applications' windows on the desktop, lets the user move them around, draws borders and title bars around them, and attaches per-window controls like minimise, maximise, close.. Each window manager treats each application as an opaque lump - changing nothing about what the application does, and requiring nothing nonstandard.
The desktop environment provides a set of common controls for the application programmer to use (kind of like MFC), stipulates a common look-and-feel on aspects of the application such as menus, and provides a basic set of graphical tools as separate applications included in the package (control/setup tools, text editor, calculator, a couple of games.. ideas on what is "basic" vary! KDE includes an office suite these days IIRC..)

The desktop environment provides a "start bar" or its equivalent. That type of thing. And bloat. --Admiral
(PeterTaylor) Yes, but if you think that's bad look at the Debian dependencies for [kdebase]. The "minimum number of packages to provide a simple yet fully functional KDE desktop" apparently includes a text editor, a GUI password changer, an annoying program which pops up "helpful" tips, and various customisation tools which I've never felt the need to use. I actually don't have kdebase or some of its dependencies installed, and I still have a fully functional <strike>KDE</strike> (stricken by Vitenka) desktop.

(PeterTaylor) Vitenka, surely you're not claiming that because I don't have kdepasswd, ktip or kpersonalizer installed I don't have a KDE desktop? I can understand you not agreeing with my opinion that the two packages which really make it KDE are kwin and kicker, and that everything else is just an addon, but changing your password and being pestered by a Clippy clone are not fundamental to the desktop experience.

Well - yes, I guess I am.  They're (part of) what KDE think is the desktop package, so without them, you're not running KDE.  You're running (the good) bits of KDE.  It's not a huge distinction, I guess.  --Vitenka

(PeterTaylor) Since we're making distinctions, it's actually part of what Debian thinks KDE thinks is the desktop package. KDE doesn't include kdepasswd in its list of [kdebase stuff], and [doesn't seem to know] what it is, even though it has the [source] filed under kdebase. Methinks the left hand doesn't know what the right's doing at KDE.org, so I'm not sure it makes sense to talk about "the" official list of what's in kdebase.

(MoonShadow) Personally, I use fvwm and none of the kde/gnome applets (though some software I regularly use does link against Gnome libraries - presumably for widgets; notably, Firefox). I've tried full installations of KDE/Gnome? desktops and found them way too clunky and bloated.

(Vitenka) bemoans the days of being able to find working non-X distributions, and runs an ssh terminal.

It's actually very easy to get a working, stable non-X distro. Grab a [debian netinst]; when you get to the point of selecting packages, choose "manual install", which drops you into aptitude, and quit aptitude. You will find yourself with a *very* minimal installation; install what you need using apt from the console. That's *really* *very* minimal; I suggest you start by installing ssh, less and a text editor. Total time about 20-30 minutes to download everything. Our servers are set up like this. However, on my desktop machine I want to be able to use a graphical browser and a video player, so X is a must. - MoonShadow

Sorry, should have specified 'functional'.  Do you recall all the troubles I had finding ANY distro that would work on my machine?  And every package I try to install tries to install X as a requisite, it seems.  In the end, I gave up and installed the damn thing.  --Vitenka

It is remotely possible that you are mistaking the machine's intentions. It could be that you (or some automated tool) has previously set it to install X, so whenever you run the install tool and tell it to install y, it says "oh, and we haven't finished getting X which you asked for earlier". Possible? I certainly remember having all sorts of things installed on a machine with no X. Many things required xlib, but that's different (and a lot smaller). --Admiral

Links I want to keep a note of:

OK, when I first saw the page I thought Kazu's looked happy, but on realising it's next to Nataku's I can see it's actually a look of sheer terror ^^; That's a wonderfully malicious expression, N-san ^^

A slightly odd question, but does anyone have any PS2 games they would particularly recommend?

I'm going to be taking part in one of the schemes where you pay a monthly fee and you get a game or two which you then send back to get the next one on your list etc. (only it's free 'cause it's in beta, at least for a month or so).  I'm normally quite sparse in my game purchases though so I'm not entirely sure what to request...  What do people think of as a 'must play' for the PS2 (or PS or gameboy advance, but mainly PS2)?

PeterTaylor thoroughly recommends Gran Turismo 3.
MoonShadow doesn't have a PS2, but would say that Ico, Rez, SpaceChannelFive, GitarooMan? and VibRibbon? are all worth a go while not necessarily being obvious things to pluck off a shop shelf; DisGaea? also looks interesting.

FinalFantasy (though the adapter and harddrive bump the cost up a lot), Rez, Ico, GrandiaTwo, Xenogears, did they port SkiesOfArcadia? and yes, I also have heard great things about disgea.  --Vitenka


Interesting that Ico seems to come highly recommended...  It was actually going to be on my list anyway but I'm guessing it was far more popular in the UK than here since I haven't seen a single copy, new or used, in the shops.

Gran Turismo 3 I've played and, while I will admit it was very pretty, I wasn't all that impressed (especially with the collision physics).  I guess I'm probably just not a racing sim person.

VibRibbon? looks a little too basic, although I admit I've only seen a couple of quick demo movies.  GuitarooMan?, however, looks incredible :) :)  As to SpaceChannelFive...  No.  Just, no.

Did Rez have a sequel or am I imagining things?

FF11 I'd like to try, but I would need the broadband adapter, harddrive and be prepared to pay monthly fees and I'm not sure that is something a rental place could rent, even if they wanted to.  Hmm, PC on the other hadn reduces that to just the monthly fees...  Any idea what specs you need to play it on PC?

Disgaea I know nothing about, but it certainly looks cool.  I have XenoSaga but haven't got around to tackling it yet.

Game list as it currently stands (roughly in order of preference):

Please note that there are a few games (*coughffx2cough*) on the list which I wouldn't normally touch with a barge pole but it seems a little much to complain about them without having actually seen the game so this way I get to mock them more thoroughly.

Heh.. do let us know how you get on with those ^^ - MoonShadow, curious

There are definately two 'musical rail shooter' games, but I think Rez is actually the second one.  Can't remember the name of the other.  --Vitenka