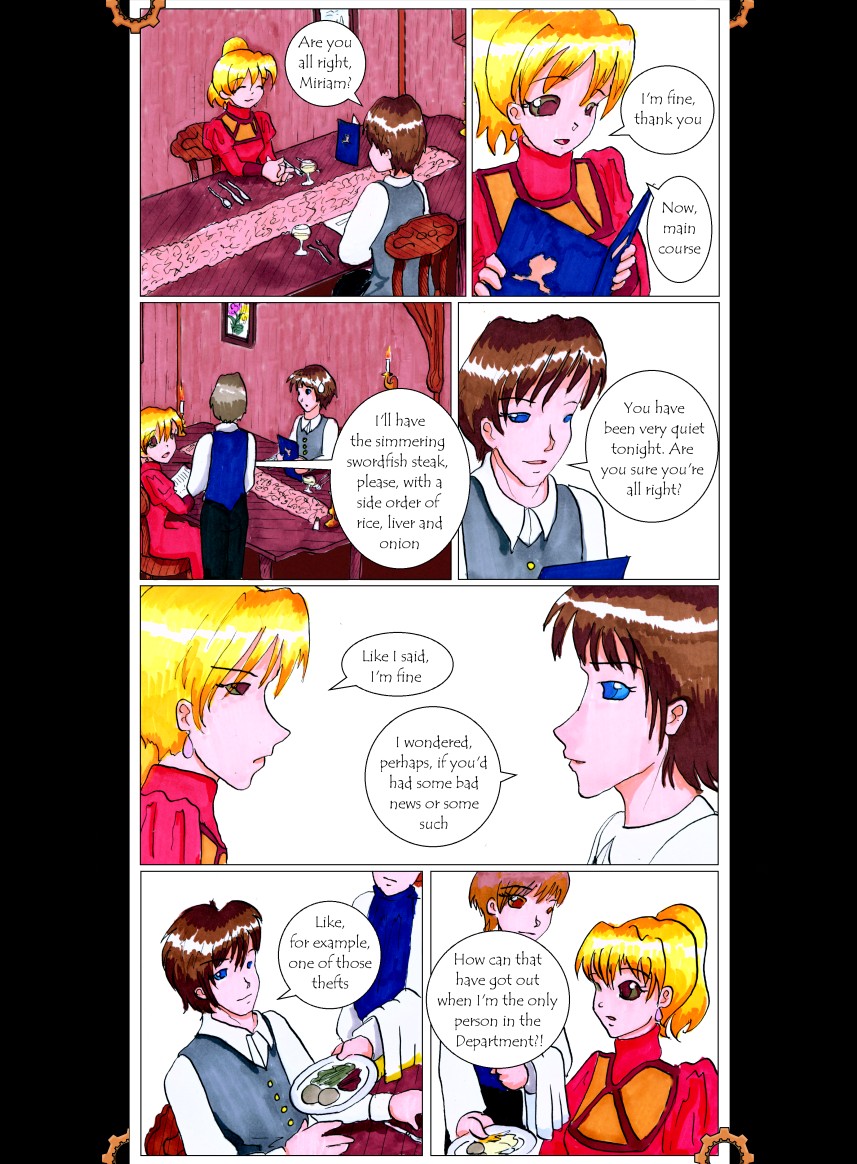 
Press release - Sweatdrop Studios are going to feature in the London Expo Anime Village! Read here for details - we'll be doing tutorials, running the Artists' Alley and (of course) selling stuff. It only costs six pounds to enter the whole thing, so it's good value. Unfortunately, that's two weeks before the Mega Deadline of DOOM, so I suspect I shall not be going, but if anyone does go, show me photos of it afterwards - there'll be cosplay  ^.^

We recently finished watching Banner of the Stars I and II, the sequals to Crest of the Stars. They were very good in a way I can't quite define - no specific stereotype was obvious. The waiting scene at the end of II was superbly done, and the feeling of a real and believable world behind it all is very satisfying - part of the benefits from having a novel as a base (for reference, other novels-turned-anime include Juuni Kokki, Vampire Hunter D and Slayers, which are all good. I suppose I have to include Agatha Christie's Great Detectives Poirot and Marple here, but there's always an exception..). We have just started watching a series called Starship Operators, which is promising. It's about a bunch of cadets who were being taught aboard a new shiny starship (Amaterasu) when their planet (Kibi) was invaded by the Kingdom. The crew of the starship surrender but the cadets decide to stay and fight. They even have a government in exile. And they fund this idea by selling the 'TV' rights to Galaxy Network, so now there's a permanent camera crew on the ship. It looks interestingly psychological - it reminds me a little of They Were Eleven, a very old manga (and anime, if I remember correctly). I gave up watching bishies with black wings for it, but I think it's probably worth it, and the bishy can wait  ^.~