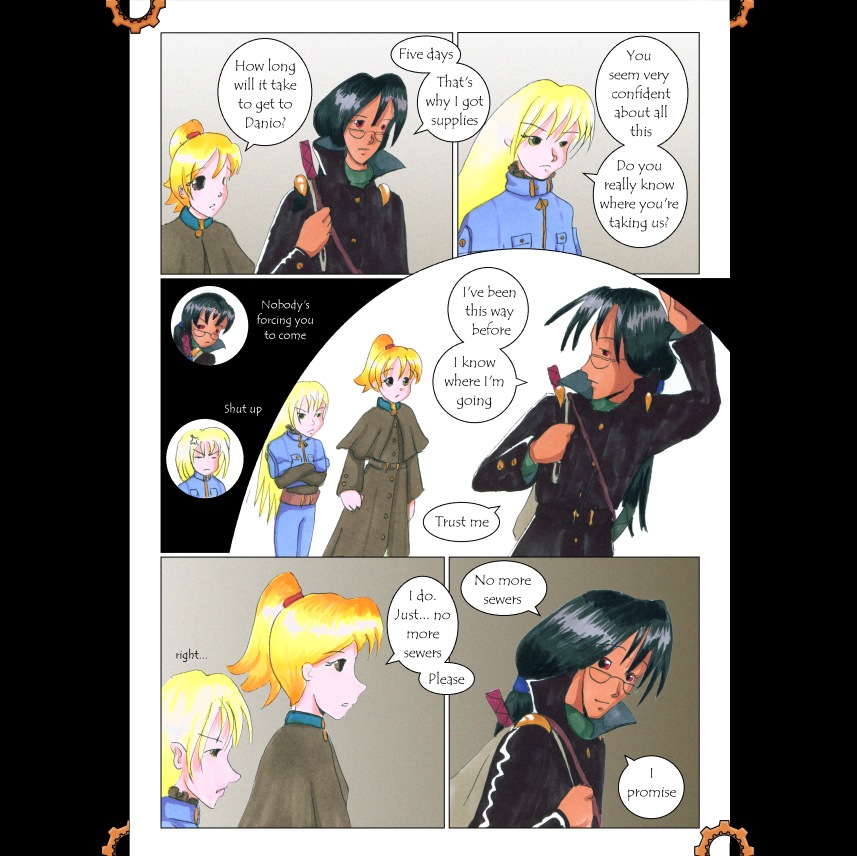 
We went to the UK premier of Ghost in the Shell 2: Innocence on Wednesday (it's a good film, in my opinion. Very pretty, in many ways). They wanted cosplayers, so I actually went out and dug around in charity shops for an easy costume. Charity shops are great - I only had to modify the coat a bit, and it was perfect. I went as Yomiko Readman from Read or Die (photos here and here, thanks to Gwen, who's the girl dressed as Ino from Naruto in the second one). We also did a short talk about manga and Sweatdrop beforehand that went well, although I must've looked like a schoolteacher.

Further odd habits of Pixel: at about 11:30 pm, she likes to run around the flat yowling. If I try to pick her up or stroke her, she acts like I'm about to shoot her. She doesn't seem to actually want anything - except to run around making a loud noise. It's probably a good thing we tend to late bedtimes.